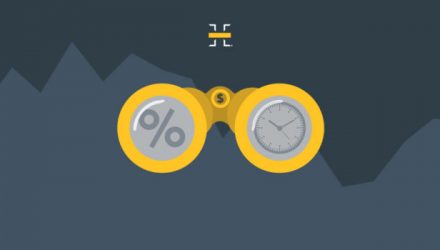 April jobs numbers came out well above economists’ estimates, bringing the jobless rate to a 49-year low at 3.6%. The economy added 263,000 jobs in the month against expectations for around 190,000; wages and productivity rose. Stocks jumped on the news, with the Standard & Poor’s 500 up just under 1% on Friday. It ended the week slightly positive, up 0.2%. Small-cap had a better week, returning 1.4%, as did international stocks, up 0.3%.

The Personal Consumption Expenditures (PCE) data was out on Monday, coming in at 1.6%, (expectations were for 1.7%) and well below the 2.0% target set by the U.S. Federal Reserve. On Wednesday, the Fed concluded its May meeting with rates unchanged and its wait and see approach still in place. Fed Chairman Powell suggested in his remarks that they see the conditions leading to current low inflation levels were “transient,” giving the market something new to think about going forward.

Earnings season is mostly over, with the results having been mostly positive. Markets were roiled over the weekend, however, by an unexpected tweet from President Trump, who threatened new tariffs on Chinese goods. This was in the face of analyst expectations that an agreement had been imminent, perhaps as early as this week.

It was a modestly positive week for global equities. International stocks were up 0.70%, while in the U.S. small cap was a standout performer, returning 1.4%. U.S. Large Cap Value also did well in the period, up 0.77% according to Morningstar indexes. U.S. Large Cap Growth was off slightly, falling -0.39%. In sectors, healthcare and financial led while energy and communications lagged.

International markets, including China, remained volatile though generally higher on the week. Europe was mixed. For once, there was little news on the Brexit front. Emerging markets were mostly lower.

Economic data drove some movement in the CBOE VIX index. It topped out at 15 at mid-week, only to end the period back below 13.

Equities went mostly nowhere for much of the period until Friday when the markets surged higher, sparked by the positive jobs numbers. Defensive stocks outpaced the broad markets as the averages continued to push higher.

Bonds sold off this week with the yield on the 10-year moving back above 2.5%. Those investors who had been expecting a rate cut to come out of the May meeting went away disappointed.

High yield debt was down driven by the rate move. Emerging Market debt was the only fixed income market to see positive returns. Stocks with high free cash flow yields outperformed last week and high dividend yielding stocks were not far behind the market.