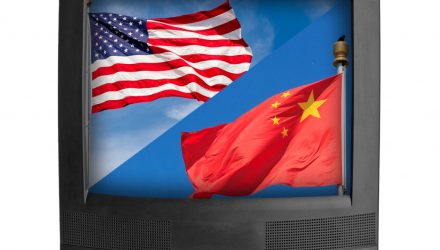 2021 has felt like it just whizzed by, especially compared to 2020 which seemed to last longer than forever. We’ve sped up so many things these last 18 months – the development of vaccines and therapeutics; measuring success in months rather than in years; the onslaught of a bear market and renewal of a new bull market, again a process that used to take years we just experienced in weeks during 2020; heck, we now even get entire seasons of TV shows in a single night rather than having to wait for a months-long string of Thursdays at 9:00pm for the next Seinfeld episode to come on.

We’re all getting used to things moving faster. It probably shouldn’t (but yet it does) feel shocking the speed at which economic cycles are galloping through the global economy now. But, like a good Netflix binge-watch, we are becoming accustomed to this new reality.

So, what does the rest of 2021 hold? 2022? In our new compressed-time economic environment, here’s what we’re watching and why – just make sure your investment process today is tuned to the speed of Netflix or investment results could be as exciting as watching reruns.

Looking out the next several months and quarters, the obvious challenges that everybody is talking about revolve around dysfunction in Washington, D.C. We get it. Clients like to talk politics, it’s in the news every day, and clearly there could be some headwinds to the economy and markets as a result of tax policy, regulatory policy, spending policy – not to mention the debt ceiling showdown (which is live as of this writing). Ultimately, though these are certainly potential challenges, we don’t think they’re the dominant economic and market roadblock.

We believe that hurdle may be China. For years, Chinese policy has produced boom/bust cycles of economic activity rippling throughout the global economy – but always with a primary focus on growth. That appears to have changed over the past 18 months. Chinese policy now is explicitly geared towards “common prosperity,” a nod towards valuing social and economic stability over growth.

Evidence of China’s shift is everywhere:

Oh, and there was this line from an article President Xi penned in 2018 in the “Seeking Truth” journal: “…state capitalism, as a transitional economic form, will complete its historical mission and withdraw from the historical stage” (emphasis ours).

China’s very intentional turn away from capitalism may have important implications for global growth dynamics. It is not to say that China or emerging markets are “un-investable,” but the bar to invest there has certainly risen, and the logic of maintaining longer-term strategic investment allocations there should at least be critically examined.

There are certainly other drivers of economic growth in the world and now is a time that we expect them to begin to shine brightly. We think those other drivers could include non-China emerging markets, a re-invigoration of growth in the European Union and a manufacturing renaissance in the U.S.

We will discuss these more in coming quarters, but these fast-moving times call for a re-examination of any investment process that places a heavy burden of global growth on China’s shrinking shoulders.

The Track May Not Be Straight, But It Will Get Us Home

If there is one economic worry that dominates client conversations (and we’re sure you’re in the same boat), it’s inflation. Washington, D.C. machinations are a close second, but inflation takes the cake right now. Let us be clear: inflation is a modest problem today, but for it to be a problem two or three years from now would require a fundamental change to the way the U.S. economy functions. We don’t think that’s likely.

We could write for pages about this topic, but why is everyone so terrified of inflation taking hold in the U.S.? Some lived through the 1970’s, but very few of us were managing money 45 years ago. Even if we were managing money all that time, hasn’t the world changed in that time? Why should we expect a 1970’s outcome in a 2020’s world? Some of the blame may come from our collective academic economic background which held (holds?) that higher levels of debt inevitably lead to inflation. How well has that theory worked in Japan the last 30 years?

Some who cling to a monetarist idea of “too many dollars chasing too few goods” and see any increase in money supply as leading towards Venezuelan-style hyperinflation (where the country’s 2007 budget of 115 billion bolivars would be worth…less than a dollar today) ignore the idea of the velocity of money, or they assume suppliers are slow-to-change and inefficient, not to mention a host of other issues.

We understand the angst and the clinging-to-that-which-we-have-always-been-told on what supposedly drives inflation. However, the U.S. hasn’t experienced a sustained, “worrisome” level of inflation for decades. Neither has Europe. Nor Japan. Nor any other developed country in the world.

The answer to inflation is exceptionally complicated and most definitely beyond the scope of this piece – but, we would suggest any analysis of inflation that focuses on broken supply chains, but does not take into account productivity, is an utter waste of time and energy.

Productivity – doing more with less – is the key to holding prices at bay and improving the lives of billions of people on this earth. It allows businesses to produce more at a cheaper cost, and in turn maintaining or growing profit margins. It allows workers to earn more because of the previous sentence, and also because an hour of their work is worth more to their employer. It is an essential macroeconomic key that is not well understood, partly because it is quite difficult to model mathematically. But, let’s be clear: if you’re saying that we’re going to experience rampant inflation, you’re saying that the productivity engine in the U.S. is broken. We just don’t think so (after we get through these supply bottlenecks!).

The Coal in the Engine

That sub-headline may not be a very appropriate saying for our ESG-focused times, but to keep our metaphorical train of thought going, there are a couple of things that should continue to provide power to drive the economy. One we just mentioned, so we won’t linger more on it: productivity. The other is something we have spoken and written a fair amount about over the past 18 months, but it bears visiting anew: the incredible strength of the U.S. consumer.

We know the dynamics of consumer balance sheets – they’re as good or better than they have been since 1980. Any way you measure it, you get the same conclusion: by household interest expense as a fraction of disposable income; or, household net worth as a percentage of GDP; or, as some measure of consumer free cash flow (income less debt service & taxes/food/energy spending). Frankly, the U.S. consumer is in incredibly strong shape – made all the more incredible by the fact that we’re less than a year removed from a devastatingly sharp recession.

Here’s why we’re bringing this up now. The Fed is about to begin tapering asset purchases, modestly reducing liquidity in the economy, a small monetary drag. There remains some doubt about whether Congress will pass more spending bills over the next 12 months, but even if they do it is NOT in doubt that they will spend less in 2022 than they did in 2021 – a fiscal drag, so to speak. Around the world, other countries’ central banks have begun raising interest rates and there are essentially no countries in the world where the government plans to spend more money in 2022 than they did in 2021. All this means that governments and their central banks are normalizing policies – but, by doing so they will be acting in a way that is less supportive of economic growth in the short term (meaning, 2022).

Now can you see why it’s so important that the consumer is in such good shape? We expect the consumer to pick up right when governments are pulling back. Everyone seems to be talking about the “fiscal cliff” and “dysfunction in D.C.” and “runaway inflation” and “Fed tightening.” These (with the notable exception of “runaway inflation”, as noted earlier) are all possible headwinds the economy and markets face. But, in our view, the consumer is more than up to the task and has the potential (and desire) to “get back out there,” shoveling coal into the furnace of this economy for the foreseeable future.

Horizon’s complete suite of 2022 outlook articles are found at focus.horizoninvestments.com

The commentary in this report is not a complete analysis of every material fact in respect to any company, industry or security. The opinions expressed here are not investment recommendations, but rather opinions that reflect the judgment of Horizon as of the date of the report and are subject to change without notice. Opinions referenced are as of the date of publication and may not necessarily come to pass. Forward looking statements cannot be guaranteed.

We do not intend and will not endeavor to provide notice if and when our opinions or actions change. Horizon Investments is not soliciting any action based on this document. This document does not constitute an offer to sell or a solicitation of an offer to buy any security or product and may not be relied upon in connection with the purchase or sale of any security or device. This material does not constitute a personal recommendation or take into account the particular investment objectives, financial situations, or needs of individual clients.