You are at:Home»ETF Strategist Channel»Earnings Season Kicks Off With the Big Banks 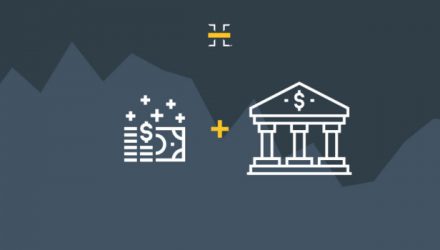 Earnings Season Kicks Off With the Big Banks

Earnings season kicked into high gear last week with the first reports from the big banks, J.P. Morgan and Wells Fargo. On Friday, the S&P 500 was up 0.56% but ended the week mostly flat, climbing 0.5%. Global stocks, too, were mostly flat as the IMF cut its global growth forecast for the year from 3.5% to 3.3%.

Earnings will continue to dominate the markets this week, with the early signs suggesting that many companies will benefit from the opportunity to exceed what are now lowered expectations. Thursday’s job report showed that unemployment remained near a 50-year low while wages demonstrated modest growth, providing support for the consumer to continue to spend. Outside the U.S., global stocks climbed 0.4%, while returns in emerging markets were mostly positive. Latin America was an exception, with the MSCI EM Latin America index falling -2.58%. Recent economic data out of China on exports and bank lending was supportive of the view that the world’s second-largest economy is starting to turn a corner. The Wall Street Journal Dollar Index (BUXX) was slightly down on the week.

Trade remained on everyone’s radar and the chatter from the administration over the weekend (Treasury Secretary Mnuchin) continued to suggest that talks with China were moving towards a positive resolution sometime this quarter. This has been a long and drawn out tale, but a good outcome (if and when it comes) should be well received by global markets.

It was a positive if unspectacular week for stocks in the U.S., with many of averages closing back in on their all-time highs. Globally, stocks were mixed. European equities broadly were positive with MSCI Europe returning 0.77% for the week in dollar terms. There were modest declines in Germany, the U.K. and China.

Brexit deadlines continue to come and go, with the final decision now pushed out until the end of October. London’s FTSE 100 was down slightly on the week amidst the continuing political debate.

Longer-dated Treasuries were down about 1.0% on the week, as the inflation numbers came in close to expectations. High-yield debt climbed 0.7%, and spreads tightened. In our view, this is about as good as it gets with credit right now, with decent coupons but additional tightening in the spreads unlikely.

Notes from the U.S. Federal Reserve, released during the week, saw a variance of opinion about the next move on rates, with the majority expecting that the economic outlook supported leaving rates unchanged for the balance of the year.

Volatility closed at the lows once again with the CBOE VIX ending the week right around 12, down from 16 just three weeks ago.

Global stocks and bonds are now running neck and neck on a one-year basis, both up between 4.3% and 4.4%. For their part, U.S. stocks outperformed bonds for the trailing 12 months ending April 12, with the S&P 500 up 11.65% compared to 4.29% for the Bloomberg Barclays US Aggregate Bond Index. Over the three-year period, global stocks were up 12% compared to just 1.8% for investment grade global bonds.

In fixed income, credit broadly outperformed with high yield and investment grade bonds leading the way, up over 0.5%. The equity yield space matched the broad market last week led by international dividend stocks, while small-cap US dividend stocks trailed, a reversal from the prior week.