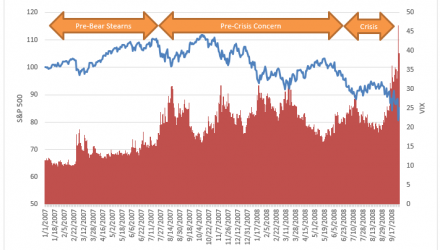 This is the final of three blog posts in which we explore the variables that will impact the DRS’s performance during a downturn.  Those three primary variables are:

With speed and magnitude already discussed, the final topic on our list is duration.

Duration of the Sell-Off

The duration of a market downturn typically impacts the profitability of the harvesting of option premium trades. Usually during market sell-offs there is a heightened level of market volatility. During these environments, option premium is often described as “rich.” In other words, it’s a seller’s market and the price of options is high for those willing to write them. The DRS prefers that the duration of the sell-off last longer, so that we can execute multiple trades at these rich levels of premium. Conversely, if a sell-off is short-lived and quickly forgotten, we aren’t able to collect as much premium as we would have liked for as long as we would have liked.

It is certainly possible to profitably harvest option premium during periods of low volatility because the primary driver of an income trade is the gap between implied and realized volatility. However, the “sweet spot” for the DRS is moderate levels of volatility, with VIX levels in the mid-teens to low-20s range. 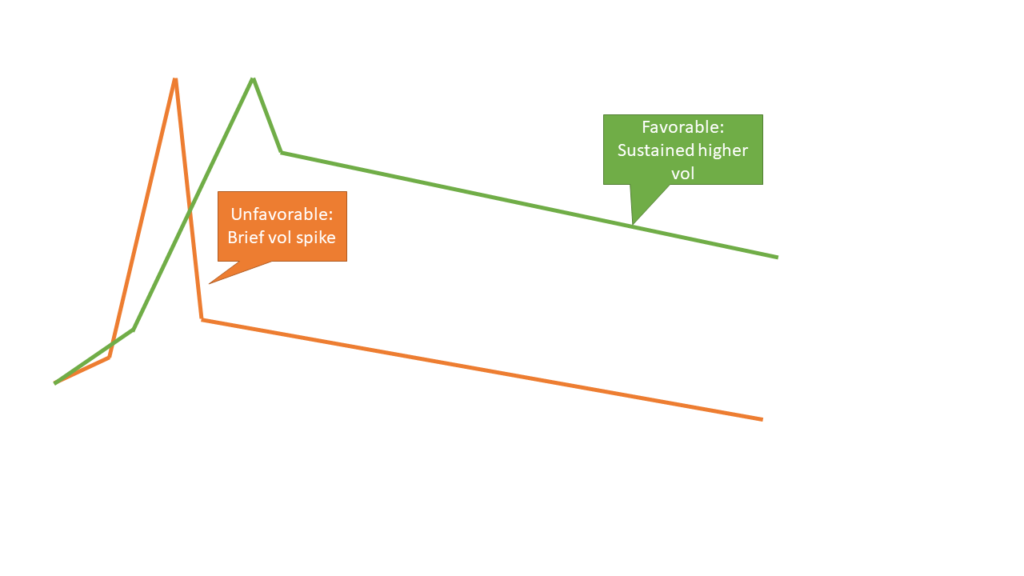 On June 23rd, 2016, voters in the United Kingdom shocked the political establishment by voting in favor of “Brexit”—the departure of Great Britain from the European Union. Markets responded negatively at first, but then quickly rallied. Although the sell-off was worse in European markets, the S&P 500 was down 5.34% over the two trading days of June 24th and 27th. The VIX spiked from 17.25 on June 23rd to 25.76 the following day.

However, markets quickly brushed off its concerns about Brexit. Markets trended back upwards and by July 8th had recovered all of the losses sustained following the Brexit vote. By July 8th the VIX was down to 13.20, lower than where it was before Brexit.

During this short sell-off the DRS did well due to the hedge position, losing less than half of the market over June 24th-27th. However, we would have preferred that the VIX stay at elevated levels in the high-teens or low-20s for the opportunity to execute more trades and collect more premium. Instead, it dropped back to the depressed levels in the low-teens where the VIX spent most of 2016 and 2017. 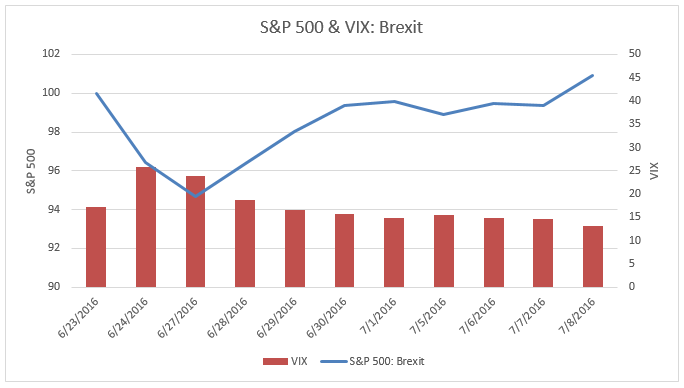