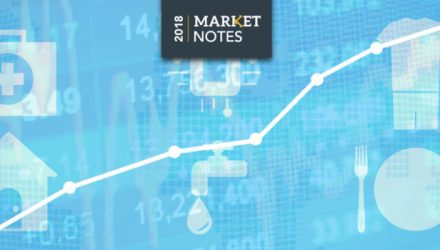 U.S. equity investors favored defensive areas of the market, with utilities and consumer staples sectors outperforming for the week. Shares of companies in cyclical sectors such as industrials and materials underperformed on fears that incremental trade tariffs could hurt their bottom lines. Energy shares got a boost late in the week as it became clear that OPEC would not boost oil production as much as originally anticipated.

Internationally, European stocks underperformed due to continued trade and tariff tensions. Meanwhile, a select few emerging markets—including Argentina—outperformed as they were set to be included in MSCI’s emerging markets indices.

In the fixed-income markets, U.S. government-issued securities tended to outperform those issued by European governments. Emerging markets debt stumbled early in the week but ultimately outperformed by the week’s end as many EM currencies recovered some of their previous sessions’ losses.

Stocks delivered unimpressive results overall for the week. There was a rotation away from the market’s top quarter-to-date performers—a pattern of “selling winners” near quarter end that has become increasingly common during the past decade. Such rotations tend to be short lived, typically reversing once a new quarter begins.