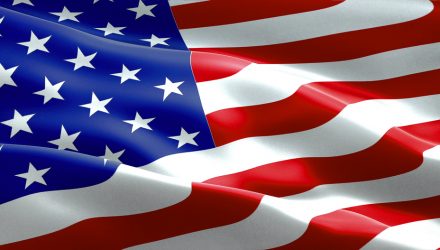 The current impact of the COVID-19 outbreak has rendered economic data from January and February virtually meaningless. As the world economy presses the Pause button in order to wage war on the coronavirus, we will likely see economic data in the coming weeks that resembles something on the order of a deep depression, not merely a recession.

A glance at the chart below for Initial Jobless Claims, scary as it is, doesn’t do justice to the staggering 3.3 million print that we saw last Thursday. As bad as the numbers will be, markets are clearly reflecting the coming raft of bad news and pricing in a massive contraction in the US economy.

Estimates for Q2 GDP range from -10% to a stunning -25% drop off. Before the gloom sets in too deeply, it’s important to mention that most forecasts also call for a fairly rapid recovery. While economists debate the shape – V, U, L – it is widely accepted that this severe contraction will likely be limited to the March – June time period and by summer we should be seeing some sort of return to “normalcy”.

Building off our experiences during the credit bubble implosion of 2008-09, both the Federal Reserve and Congress hit this slowdown head-on with massive, almost unprecedented monetary and fiscal stimuli. As widespread as the economic dislocation is likely to be, there are resources for businesses to draw upon in order to try and maintain employees and keep the lights on.

Further, there appears to be a commitment by both the Fed, as well as the President and Congress to do whatever it takes to ensure our economy recovers. Deficits be damned. Some might argue that the earlier debate over Modern Monetary Theory has been settled – it is here.

As is so called “helicopter money” – that is the government sending checks to its citizens. The US deficit and national debt will continue to balloon, with the debt approaching perhaps 100% of GDP. While alarming, we are solidly in the majority that this is a problem for another day. And that day will come, when inflation surges and the Fed will be forced to reverse now decades of accommodative policy. But that’s not a problem for today.

Growth stocks, as measured by the S&P 500 Citi Growth Index outperformed the broader market in March, losing -9.96%, buoyed by the Technology sector. Value stocks, as measured by the S&P 500 Citi Value Index lost -15.25% on the month, dragged down by cyclical sectors such as Energy, Financials, and Industrials, those sectors most vulnerable to an economic slowdown. Additionally, the MSCI USA Extended ESG Focus Index again edged out the non-ESG screened S&P 500 Index by 15bps during the month, and 72bps for the quarter. These small outperformances can best be seen over a trailing 3-year period where the ESG screened index outperformed by +63bps annually.

Not an insignificant sum when viewed through a longer term lens. From a sector standpoint, the sectors that led the market into the end of 2019 and into February of 2020, namely Technology and Healthcare, were among the month’s best performing sectors. Defensive sectors outperformed, especially the Consumer Staples sector, which lost -5.39% during the month, thanks to its relative defensiveness, high dividend yield, and the likely fact that many of its constituents may benefit from consumers stocking up on supplies due to coronavirus fears. Healthcare was the best performing sector during the period, down only -3.82%, while Technology lost -8.64%, both handily outperforming the broader S&P 500 Index. It should be noted that Technology is the only sector in positive territory over the past 12 months, up +10.43%.

Furthermore, the NYSE Fang + Index, an index comprised of Facebook, Apple, Amazon, Netflix, Google, Alibaba, Baidu, NVIDIA, Tesla, and Twitter was down only -4.1% during the quarter, highlighting the concentrated nature of market leadership and the resiliency of Technology related stocks. Lastly, Amazon was up nearly 5% during the quarter; however, even as a nearly 40% weight in the Consumer Discretionary sector, the sector still lost -19.29% during the period over fears of slowing spending.

Broadly speaking, no matter where you were invested, it was hard to be spared, with the broadest measure of global stocks, the MSCI All Country World Index (ACWI) down -13.45% for the month. For the quarter, Developed Markets lost -22.72%, while somewhat surprisingly (given plummeting oil prices and a strong U.S. Dollar) Emerging Markets were down only -23.59%. Globally speaking, the MSCI ACWI Index lost -21.26% for the quarter, only slightly worse off than the S&P 500 (-19.60%).

At the regional level, the Eurozone, as measured by the MSCI EMU Index lost -17.19% in EUR terms on the month, and -25.00% for the quarter. The Eurozone was the epicenter of the pandemic for most of the month, although that’s now shifted to New York. With its fragmented fiscal abilities, leverage to China, and a worsening crisis in Italy and Spain, the Eurozone was largely put on ice during the month. Despite a pledge to start buying bonds again from the ECB, and a surprisingly large (as a percentage of GDP) fiscal stimulus package from Germany, the Euro continued to weaken against the U.S. Dollar and Eurozone equities sold off.

The United Kingdom, as measured by the FTSE 100 Index didn’t fare much better, down -13.40% in GBP terms for the month, and -23.81% for the quarter. Similar to the Eurozone, it likely didn’t help that many companies cut their dividends for the year amidst the crisis. A surprising bright spot during the month was Japan, with the Nikkei 225 Index down -9.76% in JPY terms; however for the quarter Japan was not spared, with the benchmark index down -19.29%. At the sector level, all 11 GICS sectors finished the month in negative territory.

With oil prices plummeting, it’s no surprise that Energy was the worst performing sector during the month, down a whopping -23.45% (and -38.29% for the quarter). Like in the U.S., Healthcare and Consumer Staples were the best performing sectors, down -2.83% and -5.31% respectively.

Alternative investments largely were not spared during the March selloff. Treasury yields plummeted and demand for U.S. Dollars surged. The Federal Reserve stepped in to announce multiple new liquidity measures, bond buying programs, dollar swap lines, and even the purchase of ETFs (handled by BlackRock, of course).

While the Dollar, as measured by the DXY Index, surged intra-month, it receded near the end of March after coordinated global central bank monetary policy actions. The DXY index finished the month up +0.93% to close at 99.05, the highest monthly close since September 2019. With investors flocking to safe havens, Gold continued to be a bright spot (pun intended), although it ended the month of March down -0.54%, likely caught in the crossfire of margin calls, rebalancing, and the fact that it is one of very few assets to post a positive return for the quarter, up +3.95%.

Gold’s monthly closing price of $1,577 per ounce represents one of the highest monthly closes in more than five years, with the others coming this year. Gold remains a suitable hedger against lower interest rates, extreme levels of volatility, and continued fears over the coronavirus.

Speaking of volatility, it should be noted that the CBOE Volatility Index, known as the VIX, closed the month at 53.54 after hitting an intra-month all-time high above 80. With the S&P 500 averaging +/-5% daily moves in March, it’s no wonder that investors flocked to havens. Perhaps the most shocking economic event of the month was a surprise announcement from Saudi Arabia that they would be ramping up oil production to at least 13 million barrels per day causing a price war with Russia, OPEC, and U.S. Shale.

With a significant oversupply of crude oil ready to hit the market, and already weakening demand prior to the coronavirus, the world is again awash in crude oil. West Texas Intermediate (WTI) crude oil lost -52.24% during the month, or more than $24/barrel, to close at $20.48/barrel, the lowest monthly close in nearly two decades. WTI has lost -66.46% of its value this year.

With plummeting crude prices, it’s likely to continue to put strains on cash strapped oil and gas companies within the Energy sector, as evidenced by then -34.80% monthly return for the S&P 500 Energy sector, and a -50.45% year to date loss. Weakness in crude oil dragged the Bloomberg Commodity Index lower by -12.85% on the month and -23.53% on the year.

From a currency standpoint, the Canadian Loonie lost more than -5% on the month to close at $1.41 CAD/USD, and the pound losing more than -3% to close at $1.24 USD/GBP. The Euro and Yen were largely unchanged. Looking at nine Hedge Fund strategies, all lost value in March, and are in negative territory for the year, lacking immunity from the global risk-off trade.