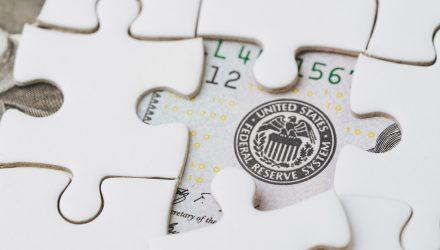 Could Middle East Tensions Cause Problems for the Fed?

Last year saw the Federal Reserve playing an extremely active role in the economy. Amid the backdrop of extreme global economic uncertainty, a trade war with China, an unresolved Brexit, tensions in the Middle East, and mounting pressure from President Trump, the Federal Reserve cut interest rates three times in 2019, reversing nearly all of 2018’s rate increases.

While uncertainty from President Trump’s trade war and slowing global growth continue to pose risks to the United States economy, stresses from the Middle East have now overshadowed some of the other economic concerns, causing at least one expert to believe that any more hostilities with Iran could derail the Fed’s easy-money policies and generate economic troubles.

“The turmoil in the Middle East may actually accentuate [inflation]in that we get kind of, shall we say, oil prices that are rising, not necessarily for supply and demand reasons, but for fear reasons, which does cause inflation in the overall economy. At the same time it works like a central bank tightening. Oil prices going up work like a central bank tightening, and slow growth,” explained CEO and CIO Richard Bernstein of Richard Bernstein Advisors on CNBC.

WTI crude oil climbed nearly $3 a barrel on Wednesday to reach $65.50 before falling off dramatically after concerns over the Iran counterattack eased. Oil traded below $60 a barrel, while stocks have once again chartered all-time highs.

In addition to oil prices rising however, Bernstein notes that the now eleven year bull market in stocks is getting a bit overcooked and could start to cause inflation issues for the Federal Reserve as well.

“Late cycles are hell for central bankers because what happens is you start getting stagflation. You start getting pressures that cause prices to go up, yet growth is slowing. So if you’re a member of the Fed what do you do? Do you pay attention to the rising prices or do you pay attention to the slowing growth? And that caught between a rock and a hard place for central bank. It’s a terrible place to be,” Bernstein said.