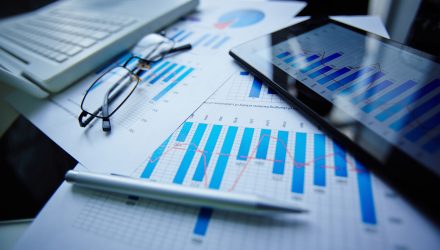 Innovation in the ETF industry normally consists of finding niches or methodologies that do not currently exist (or need improving upon). But at least in corporate bond land, some of the larger ETF issuers seem to be moving in the opposite direction, either developing or repurposing ETFs to make them more generic/standard instead of differentiated.  In the following I will examine these changes and how the field of corporate bond ETFs will shake out once the dust settles.

While not exactly a new change (it happened in November 2017), Vanguard started the movement by creating VTC – Vanguard Total Corporate Bond. This was a relatively easy fix, as VTC is a prepackaged solution of three other well-known Vanguard corporate bond ETFs that spanned the yield curve (short, intermediate, and long).  So instead of having to manually recreate a broad index using these three options, Vanguard did the work and packaged into a single ETF.

Next in line in going the broad corporate route is SSgA, who repurposed an existing ETF to create a broad corporate offering.  At the end of July, CBND moved from an issuer-scored benchmark to a broad-based corporate index.  Along with these changes came an expense ratio reduction.  With the smart-beta movement in equities seemingly moving over info fixed income land, this move is a bit of a reversal in that trend with a move to a traditional index.  While SSgA also has the building blocks that would allow for a recreation of a broad index, the CBND repurposing will allow for an additional prepackaged solution for those looking for broad corporate exposure.

A third issuer following suit in the broad corporate bond trend is iShares.  In a move that occurred at the beginning of August, iShares altered their suite of credit bond ETFs (both broad and curve offerings) into pure corporate offerings.  While overall similar in exposure, the credit-to-corporate change has these ETFs now exclude other exposures previously included, such as sovereign and supranational debt.  iShares also changed index providers and made duration-band changes on some of the curve exposure ETFs.  After these changes, iShares, like the aforementioned issuers, also has both prepackaged broad corporate exposure and the building blocks.

What is somewhat interesting on the iShares front is they currently offer a widely-popular corporate bond ETF in LQD, as well as building-block curve ETFs versions.  While having two broad offerings is a bit uncommon, the ETFs will track different indices.  Additionally, iShares has made similar moves in the high-yield space, where they offer both the widely-popular HYG as well as the newer USHY, so the move is not unprecedented.

So where does that leave the broad corporate bond ETF landscape?  Here is a table, including an existing broad offering from PIMCO not mentioned above.

After the dust settled, Vanguard, iShares, and SSgA now have a very similar suite of offerings.  Each offers a broad-based ETF as well as the building block versions with similar duration profiles (1-5 Year, 5-10 Year, and 10+ Year).  One caveat to that is the existing iShares suite is not an exact 1:1, as the index for LQD excludes bonds with 3 years or less to maturity whereas the building blocks include such exposure.  While PIMCO offers the broad ETF, they do not currently offer the duration building blocks.

For those looking for non-vanilla offerings, there are a plethora of names in ETF land with alternative weighted methodologies (issuer-scored, ESG, credit-scored, etc.) as well as numerous active ETFs to choose from, which can make the selection process more interesting.  But now even within the traditional passive landscape, there are choices to be made amongst very similar offerings from different issuers.

Clayton Fresk is a Portfolio Manager at Stadion Money Management, a participant in the ETF Strategist Channel.