You are at:Home»ETF Strategist Channel»China Outlook: Changes In China: A Growth Pivot That Shakes The World? 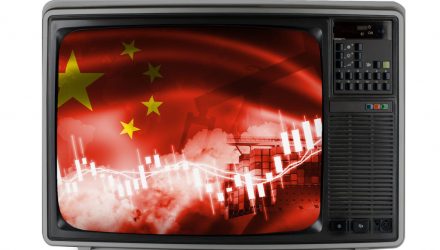 China Outlook: Changes In China: A Growth Pivot That Shakes The World?

As in life, few things in the financial markets are certain. One reliable relationship that investors and economists have relied upon on when times get tough is the habitual willingness of Chinese policymakers to support growth in their economy through any means necessary.

The Great Financial Crisis of 2008 was the galvanizing moment for relying on China’s efforts to ensure growth. China’s subsequent focus on achieving a publicly announced numerical growth target each year has reinforced its central role in global growth.

But this has always felt odd against the backdrop of a state capitalist economic model run by the Chinese Communist Party.

There have been signs that this odd conundrum is resolving itself, as we flagged in last quarter’s Focus. Recently, the pieces of this mosaic have fallen into place sufficiently that we can declare a sea change.

China is pivoting away from a “growth-at-any-cost” mindset with substantial help from the private sector, to a lower-growth model with much heavier state influence. This has important implications for investors and the global economy.

Numerical growth targets, set much higher than growth in the developed world, have long been a fixture of the dramatic transformation that has characterized the Chinese economic miracle. 2020 was notable not only because China was the only major global economy to grow, but also because the government abandoned a stated growth target. For this year, the government brought back a numerical target of sorts. In March, it said it’s targeting growth of “over 6%,” a deliberately vague goal that surprised the economic community which had a much higher forecast at the time.

Along with this muddying of the growth outlook in China comes a new focus on “higher quality growth” and “Common Prosperity.” Policymakers have been talking about these goals for years, but it seems that something has changed recently to make them a higher priority.

The debt necessary to ensure the numerical growth targets were met is part of what’s changed. Michael Pettis, a well-known China watcher at the Carnegie Endowment for International Peace, notes that Gross Domestic Product (GDP) in China bears little resemblance to the actual productive capacity of the country. In his framing, the growth target comes first, and then GDP is backfilled in order to hit it: “as long as China has debt capacity, and as long as it can postpone the writing down of nonproductive assets, Beijing can achieve any growth target it desires.”1

And one of the easiest sectors of the economy to drive economic growth has been real estate. By a recent estimate, real estate accounts for 29% of economic activity in China, a higher GDP concentration than Ireland and Spain experienced during their housing bubbles before the Great Financial Crisis, and about 10% greater than America’s economic reliance on real estate during that period of time.2

Evergrande Caught Up in China’s Pivot

This helps frame what is underway at Evergrande, the giant Chinese property developer struggling to repay their maturing debt, which reportedly amounts to over $300 billion in total. The entire property sector in China is highly levered, a consequence of years of state efforts to hit their growth targets. But Evergrande is one of the worst offenders of Beijing’s “three red lines” guidance, introduced last fall, around leverage at property developers. Policymakers are in the process of making an example of them. Creditors, especially foreign ones, are likely to face losses, but we believe Beijing will go to great lengths to prevent a contagion from spreading throughout their economy. We believe the government wants to slow down growth toward its more natural level, not cause a recession that could be politically difficult to explain to their people.

The recent regulations around other fast-growing parts of the Chinese economy can be thought of in the “Common Prosperity” light as well. The affected industries are too numerous to list here, but in retrospect, the turning point towards stricter government control came last October following criticism of the Party by Jack Ma, the successful Chinese businessman behind the “Amazon of China,” Alibaba. Since then, many of the most innovative Chinese companies, as well as entire sectors of the economy deemed to be against the “Common Prosperity” of the Chinese people, have drawn the ire of Beijing. We expect this to continue in the coming years, potentially dampening the innovative spirit and perhaps weighing on growth.

Reigning in debt, Party control over entire sectors of the economy, and a pivot away from “GDP growth at any cost” behavior all indicate a major change in the Chinese economic model. But you don’t need to take our word for it. In a recent official publication, Xi Jinping, the President of China and one of the most powerful leaders since the founding of the Party 100 years ago, declared that “socialism with Chinese characteristics has crossed the threshold into a new era.” And in case anyone had any thoughts to the contrary, he continued, “the defining feature of socialism with Chinese characteristics is the leadership of the Communist Party of China.”3

What does this mean for the future?

Recent commentary in the West around what is going on in China has been strident, but often defined by each side’s pre-existing views. Instead, Horizon Investments seeks to take a more flexible view of the situation, remaining open to changes as the situation evolves. Here’s how we see it unfolding in 2022 and beyond.

The recent developments in China mean that the Party will continue to increase their hold on the Chinese economy. That has negative implications for Chinese growth, commodity prices both in China and around the globe, and emerging-market economies that piggybacked on China’s extraordinary rise. For the global economy, this should be a medium-term drag on growth. It should also knock China down from their perch as the marginal driver of economic growth; we would suggest concentrating on the U.S. consumer, and potentially a more integrated European bloc, as the swing factors going forward.

For investors, we think that investing in China broadly solely because “that’s where the growth is” will no longer cut it. Lower Chinese growth and greater Party control of the workings of the economy does not present an attractive combination for investors, especially foreign ones. But markets appear to be waking up to this fact, adjusting valuations and potentially opening up both new opportunities and new risks in the process. Going forward, paying greater attention to the evolution of the Party’s stated goals, rather than trying to find the next Chinese version of a successful Western company, should be a focus for global investors.

U.S. investors should not ignore the fact that many of the multinational companies they’re investing in have substantial end markets or supply chain operations in China – and that these could be impacted by changing CCP policies. Lastly, a note on diversification, often called the “only free lunch” in the investing world. It is no secret that diversification has been very difficult to come by these days, especially with bond yields near historic lows. If China is truly zigging while others are zagging, that should increase the diversification benefits of their asset markets, a welcome development for portfolio construction.

The commentary in this report is not a complete analysis of every material fact in respect to any company, industry or security. The opinions expressed here are not investment recommendations, but rather opinions that reflect the judgment of Horizon as of the date of the report and are subject to change without notice. Opinions referenced are as of the date of publication and may not necessarily come to pass. Forward looking statements cannot be guaranteed.

We do not intend and will not endeavor to provide notice if and when our opinions or actions change. Horizon Investments is not soliciting any action based on this document. This document does not constitute an offer to sell or a solicitation of an offer to buy any security or product and may not be relied upon in connection with the purchase or sale of any security or device.