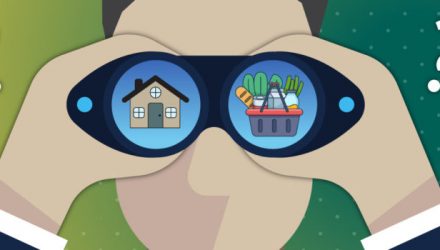 In Europe, UK inflation was lower than predicted while wages exceeded expectations—but, as in the U.S., retail sales disappointed. Meanwhile, ZEW Economic Sentiment for the eurozone was weaker than expected while inflation was in line with estimates.

In Asia, China’s GDP and industrial production results disappointed—which possibly indicates that trade battles between the U.S. and China may be having a negative influence on the Chinese economy. More positive for China were retail sales figures that surprised to the upside, which suggests that stimulus efforts by the Chinese government could be beginning to bear fruit. In Australia, the unemployment rate was lower than predicted—an encouraging sign.

For the week, U.S. equity markets were essentially flat despite some turbulence along the way. Defensive sectors such as consumer staples and real estate outperformed as investors adopted a generally risk-averse attitude. Consumer staples also benefited from earnings results that exceeded expectations. In contrast, economically cyclical equities and sectors that are more sensitive to strong consumer spending—such as consumer discretionary and energy—underperformed. Consumer discretionary stocks remained under pressure given concerns related to global demand.

European equity markets emulated the U.S., with defensive sectors like telecoms outperforming more cyclical areas such as automobiles and construction. The Japanese market was volatile; like other markets it fell early in the week on Chinese economic worries but recovered some ground midweek. Emerging markets mostly lagged developed markets, with China and South Africa the most notable underperformers. That said, Brazil and Turkey continued to outperform.