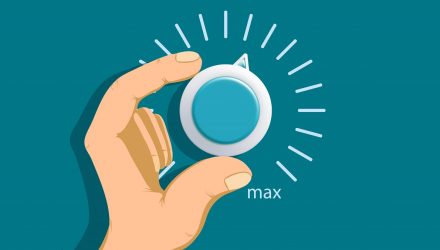 This paper will take a hard look at some keystone assumptions that are the basis behind traditional portfolio management practices.  Canterbury studies provide statistically relevant evidence that markets are not random, but instead experience many different market environments, called Market States.

What is a Market State?

Identifying the macro stock market environment is the first step in the Canterbury Portfolio Thermostat Process. The Portfolio Thermostat process combines volatility and a combination of supply and demand indicators to identify the current state of market efficiency.  Using daily data, the system has been tested back to 1896 (32,000 data points) and confirmed 12 different Market State environments. They are categorized as:

The following Chart (Figure 1) shows the characteristics of each of the 12 Market States.

What Does Each Market State Environment Mean?

Market State environments are not about the predictability of return, but rather the level the of risk that can be expected.  Each Market State environment exhibits its own unique characteristics, associated with a given risk.  Risk is defined as Volatility and Drawdown (the maximum decline from peak to trough).

During Canterbury’s identified bull markets, there are considerable gains made on the market.  While Market State environments do not identify return directly, Bull markets, which are periods of low risk, are often periods of high returns with limited downside.

Canterbury has daily data, on the S&P 500, that goes back to 1950.  Canterbury ‘s Portfolio Analytics Group has identified the daily Market State and Canterbury Volatility Index (CVI) volatility for every day (17,000 days).  Table 2 shows some interesting statistics for each Market State environment (Transitional Markets and Bear Markets are combined due to their high-risk trait).  Keep in mind that Bull markets are categorized by low volatility and low risk; Bear markets have high volatility and unlimited risk.

Academia and most Nobel Laurites in Economics say the stock market may be thought of as being “random” and having “normal distribution.” However, Canterbury has conclusive evidence debunking both pieces of conventional wisdom. In fact, the same studies confirm that it is possible to identify the difference between low-risk Bull and high-risk Bear markets.

The actual results revealed little to no statistical evidence that markets are random or normally distributed.  As the number of standard deviations increases, the bell curves probabilities of expected results become further removed from the reality of what actual markets produce.

The following is a summary of the increasing gap between the bell curves expected results and the reality of how markets behave (Table 4):

Summary of Markets and the Bell Curve:

Markets States and the Bell Curve:

In addition, Canterbury studies provide conclusive results that show that market outliers are in fact not random, but more likely to occur when certain market characteristics are in place. In other words, outliers occur much more frequently during Canterbury’s 4 Bear Market States and much less frequently in the 5 Bull Market States.

The 5 Bullish Market State environments have a significantly high number of days that fall within the first standard deviation (85%) than what the bell curve would predict (68%).  On the other hand, the number of outliers, beyond a 3rd standard deviation, which occur frequently in the market, are much less likely and tend to be smaller in Bull Market States.

Conversely, the 4 Bear Market States have many more daily outliers beyond a 3rd standard deviation than what occur during the 5 Bull Market States.

Bear markets display a vast number of erratic movements that are more random and risky than that of a Bull Market States.

The bell curve is best for measuring the probabilities of a result within a closed system, for example, flipping a coin or a rolling a die, (the result will be between 1 to 6). Markets, on the other hand, are an open system, meaning that there are no meaningful restraints on the size or frequency of the daily fluctuations. As a result, more and larger outlier days should occur more frequently than what bell curve probabilities would predict.

Given that markets are not random nor normally distributed, then the daily fluctuations would be a direct result of the interaction between cause and effect.  Markets are driven by the law of supply and demand.  The changing forces of supply and demand are driven by investor actions, which in turn are based their predictions regarding the future and how convicted they are that they will be correct.  Investor beliefs and emotions will change over time.  Increased volatility and outliers are the result of the emotional actions of likeminded investors.

The following is a Market State study on volatility and outlier days:

Figure 3 depicts the S&P 500 from 2006-2009 as well as its Market State environments.  This period was chosen to look at because it goes from Bullish to Transitional to Bearish and back to Bullish.  Figure 4 shows the Canterbury Volatility Index(CVI) over the same time frame.  Notice how CVI and the Market are inversely correlated.  Figure 5 shows S&P 500 drawdowns during the period while in each market state.  Notice that when the S&P 500 Index is in one of the Bull Market State environments, CVI is generally low and the drawdowns are typically limited to normal market noise of 10% or less.  Conversely, during Transitional and Bear Market State environments, CVI is mostly high or increasing and drawdowns are larger.