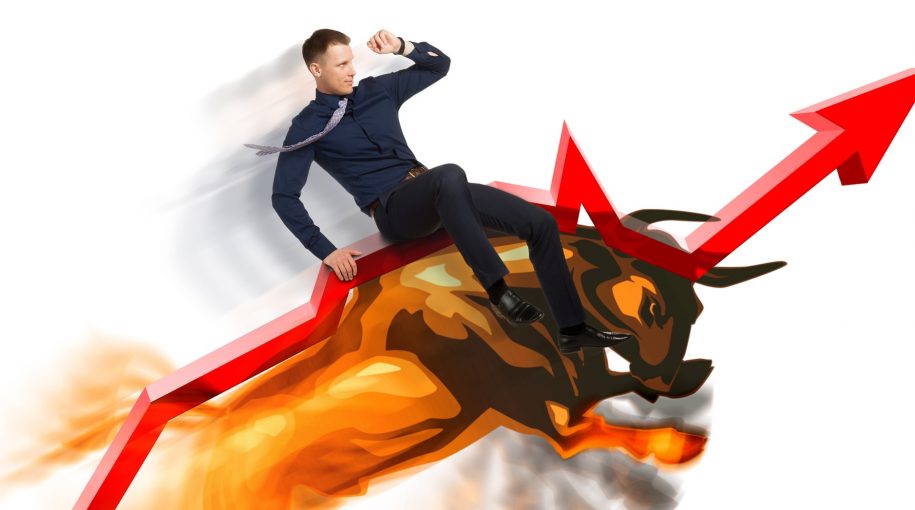 With quantitative easing rolling off, and a laundry list of potential risks to the market, we decided to test what would happen if multiples reset to different points along this graph, assuming revenue stayed consistent at today’s levels.

It is irrational to assume revenues will stay consistent. In a down turn, revenues would be expected to drop and alternatively, without a market disruption, revenues will likely continue to climb higher (maybe not as drastically as the downside potential). Both the 2007 stock market peak and the 20-year average would bring the S&P 500 down by approximately 25% from today’s levels (again holding revenues consistent). The 2002 lows would bring is down by 45%. The 2009 and 1991 lows would bring is down by 70%. Since revenues have grown since the beginning of the year, a return to an all-time high on the S&P 500 Price to Revenue Ratio would increase it by 6.7%.

Why did we go so in depth into the Price to Revenue Ratio? To try and put today’s market environment in context.  This is not a call to action by any means.  A similar story could have easily been told two years ago.  There is no good way to time when a market disruption will occur, its best to stick with a long term plan!

iShares Core S&P 500 ETF (IVV) returned 3.42% for the quarter, bringing its year to date return to 2.63% after a slightly negative first quarter.  Growth continues its dominance over value in the large cap space, outperforming 3.83% for the quarter and bringing total year to date outperformance to 9.46%. The market, anxiously awaiting a FAANG drop finally saw some volatility from the group. A full drop is unlikely to occur without a larger market disruption, but we are beginning to see some divergence in performance between FAANG names. After another strong quarter of earnings growth, markets appear comfortable with future growth assumptions from this space, for now. We finally saw an outbreak from mid and small cap stocks. The iShares S&P 400 Mid Cap ETF returned 8.26%, and the iShares S&P Small-Cap ETF returned 12.86% in the second quarter.

A strong dollar lead to negative performance by most international markets in the second quarter. The iShares MSCI EAFE ETF (EFA) returned -1.01% for the quarter and is down -2.71% for the year.  The Invesco DB US Dollar Bullish ETF (UUP) returned 5.69% in the first quarter hurting the whole region. The European Central Bank (ECB) begins the long-awaited balance sheet wind down in the fourth quarter and set guidance for rates to remain the same until summer 2019 to support their currency.

After a strong performance in 2017 and to start the year, the iShares MSCI Emerging Markets ETF (EFA) returned -7.99% for the quarter, now down -6.93% for the year. Escalading trade tensions also contributed to weakness in Asian emerging markets as well.  Unlike the US, profit growth has moderated but expectations of future growth remain high.

In an interesting turn of events, high yield debt turned around in the second quarter, as the iShares iBoxx $ High Yield Corp Bond ETF (HYG) returned 1.28% in Q2 brining its year to date performance positive at 0.14%. Longer term treasuries are still down on the year, the iShares 20+ Year Treasury Bond ETF (TLT) is down -2.99% on the year.  Expectations are now pricing in 4 total rate hikes for the year, with 2 more to come.

Commodities continued to gain steam, with the Invesco DB Commodity ETF (DBC) returning 4.40% for the quarter, up 6.36% YTD. The strong dollar also effected precious metals and gold. SPDR Gold Shares (GLD) was down -5.64% in Q2, down -3.75% for the year. After a stellar year in 2017, bitcoin continued its negative performance returning -14% in the second quarter, bringing its year to date return to -58.8% as of June. Prices have begun to bounce back in July 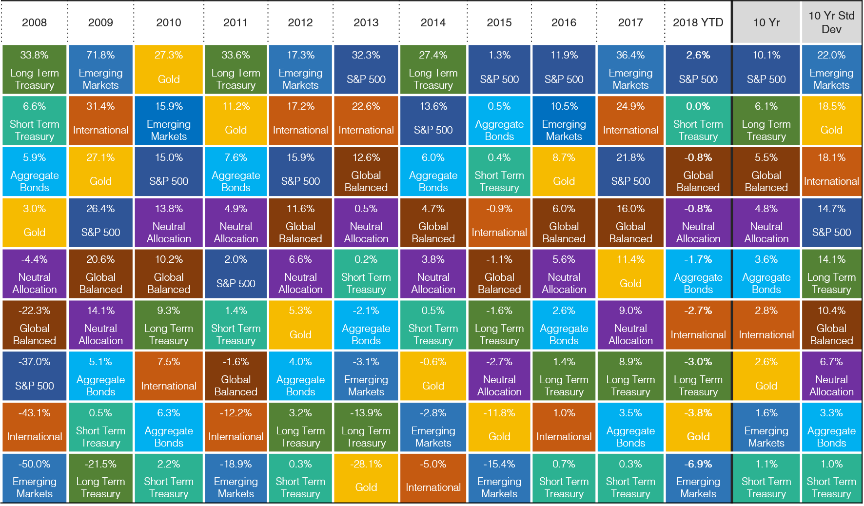 As been the case for a number of years, the market has not necessarily mirrored the economy. There is no foolproof way to determine when is best to tactically lever up and down risk in a portfolio. We know two strong historic signals that have preceded recessions by 6 to 12 months, being an uptick in commodity prices and increased high yield credit spreads. While commodity prices are up, the ramp up has been insignificant compared to historical runs, and credit spreads have yet to widen in any significant manor.