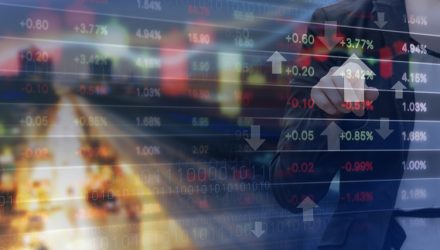 The appreciation in the British Pound against the U.S. Dollar since October 9th, driven by hopeful news on Brexit. 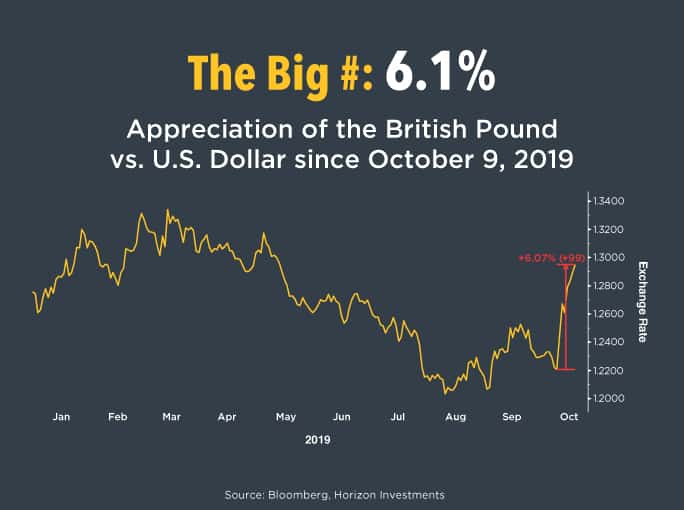 The possibility of a Brexit agreement has driven the British Pound higher over the last month, though the weekend postponement of a vote in Parliament has resulted in yet more uncertainty as to the eventual outcome.  Removing the Brexit overhang should support investor confidence.

The first week of earnings was stronger than expected with financials proving to be less at risk from low interest rates than expected, and showing some top line growth. While the economy appears to be slowing, growth remains positive, supported by accommodative monetary policies in much of the world.

U.S. stocks were modestly higher, with the S&P 500 (SPX) up 0.6%. Foreign markets did better on the back of a weaker dollar, with international developed markets up 1.2% (MXEA) and emerging markets returning 1.3% (MXEF). The yield curve continued to steepen.

Flash Purchasing Manager Index (PMI) data out of the U.S., Japan, and Europe on Thursday highlight the week, providing a forward-looking view at the global economy. The European Central Bank meets on Thursday and is expected to keep rates unchanged.