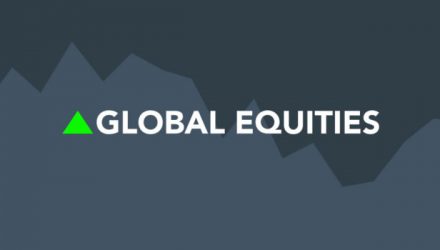 Another Strong Week for Global Equities

The market upswing continues to benefit the portfolios. Our small-cap and large-cap domestic positions have performed well. Small-caps have been helped by strong performance from financials, as well as their higher beta profile. While positions in international markets are also up (both developed and emerging markets), they have trailed other areas of the markets.

Bonds have come under pressure lately as stocks have moved higher. For example, interest rates were up across the board last week. That benefited the portfolios, which have a relatively short duration profile. Our corporate credit positions have also recovered, following a lack of activity in the credit markets during December. Our positions in longer-term Treasuries and investment-grade corporates lagged other positions for the week.

Volatility expectations fell modestly last week as more fourth-quarter earnings results were announced, with the CBOE Volatility Index (VIX) declining by roughly 2%. As was the case in the GAIN portfolios, positions in small-cap and large-cap domestic stocks were beneficial, while international positions lagged somewhat (despite gaining ground for the week).

Global stocks have staged a strong recovery so far this year following their worst quarter since 2011, with global equities up 2.4% last week and investment-grade domestic bonds down slightly (-0.2%). That helped the return spread between stocks and bonds widen further last week: Year-to-date, global stocks are up 6.4% while bonds have returned -0.1%.

Meanwhile, over the past three years, the spread between global stocks and bonds is 11% in stocks’ favor (with stocks up 12.7% and bonds up just 1.7% during that period). This despite three notable pullbacks in global stocks—in January 2016, February 2018 and the fourth quarter of 2018—that averaged well over 10%. The message that one should take away: Stock pullbacks should be expected—it is the risk of short-term losses that helps to generate longer-term outperformance (such as the 11% spread during the past three years).