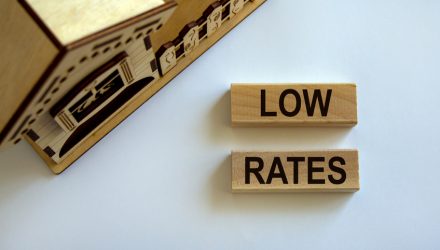 Abnormally Low Interest Rates Remain, Even If Fed Hikes in 2023

The Federal Reserve’s first rate hike may be moved up by one year to 2023, according to the central bank’s economic projections

The Federal Reserve’s meeting last week sparked a selloff in stocks and bonds as the central bank’s projections showed it may bump up interest rates by the end of 2023, a year earlier than expected. Does it signal a return to more normal levels of interest rates? Not really, based on the Fed’s projections.

If the Fed’s main interest rate – the Fed Funds Rate – does rise by one-half of a percentage point two years from now, it will remain close to zero, according to the Fed’s June economic projections that were released last week.1 More importantly for financial advisors and their clients, that rate would be set well below inflation, which was bumped up by the Fed to 2.2% for 2023. The change in rates was the only large adjustment the central bank made to its projections (detailed in the chart below).

All else being equal, interest rates set below the pace of inflation could be a tailwind for stocks. But retirees may find it difficult to generate interest income that beats inflation.

With such a small change to the 2023 projections, why did stock and bond markets have such a big reaction?

Horizon Investments attributes that to investors who positioned their portfolios for an uneventful summer, when strong readings on inflation and economic growth would have no effect on the Fed’s interest rate path. Instead, they were jolted by the signal of a rate hike, which could not only slow the economy’s growth but also slow the long-term pace of inflation. In financial markets, that surprise took the form of falling economically-tied cyclical stocks and an unwinding of bond market positions based on a large difference in short- and long-term Treasury yields. A reaction that’s since been partially reversed.

The portfolio adjustments investors may make in light of an earlier-than-expected rate hike could cause a bumpy summer for markets. Yet, Horizon believes goals-based investment plans should still be positioned for economic growth. After all, the Federal Reserve is projecting it will set interest rates at an abnormally low level through 2023, despite above-trend economic conditions.

Retirees and those nearing retirement, however, still face a world of low interest rates for as far as the eye can see. Low rates may reduce the probability that returns on fixed-income investments will be sufficient to meet their inflation-adjusted spending during a long retirement.

For goals-based financial planning in a low interest rate world, Horizon continues to favor a tilt more towards both equities and alternatives than to traditional bonds for clients nearing or in retirement (see Horizon’s Q1 Focus report titled “Crushed by Zero”). Consider that at one point last week, the 30-year Treasury bond yielded 2.01% — a level that would barely keep pace with the long-term increase in the cost of living that’s projected by the Fed.

This commentary is written by Horizon Investments’ asset management team. For additional commentary and media interviews, please reach out to Chief Investment Officer Scott Ladner at 704-919-3602 or sladner@horizoninvestments.com.