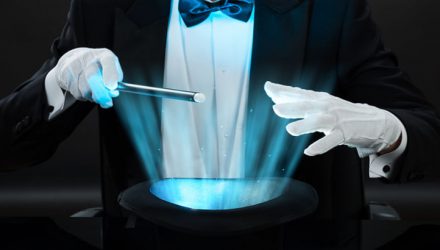 The Active vs Passive Trick in Investing

The magician’s assistant has the ability to distract the audience from the real trick happening in plain view. In our field, the “Active vs. Passive” debate has been raging for years, at least as it pertains to a preferred method of investing. But, that might not be the only place the “Active vs. Passive” trick will exist in the (near) future. Here are at least three reasons why advisors should care about this debate — and maybe not for the reasons you think.

While interesting as a debate, history shows that the Active vs. Passive is merely another cyclical investment conversation with no clear conclusion. However, this debate holds clear and important implications to the advisor’s business model in terms of portability, flexibility, and profitability. Depending on decisions made, the very future of the advisor’s business model may be affected by retreating to a “low cost” answer. While our financial services industry is in transition, make sure you are keenly aware not to be distracted by one debate, only to be hurt by the outcome of another.

This article was written by Robbie Cannon, President and CEO of Horizon Investments, a participant in the ETF Strategist Channel.