You are at:Home»ETF Education channel»TAN Could Be Getting Its Day in the Sun 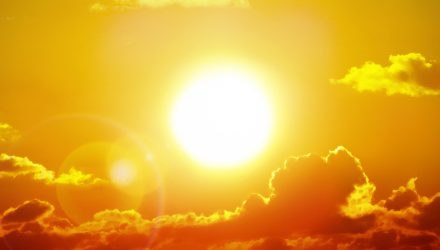 TAN Could Be Getting Its Day in the Sun

The Invesco Solar ETF (TAN), the largest exchange traded fund dedicated to solar equities, entered this week residing 36.64% below its 52-week high. An ETF that flirted with $126 as recently as February closed just below $80 on June 11.

On the surface, those statistics sound ominous. In reality, TAN’s pullback could be an opportunity to revisit the fund because the sun could shine anew on solar equities.

“James West, an analyst at Evercore ISI, calls this the climate decade, and says the rise of electric vehicles will help make home solar ubiquitous. Sunrun is his top pick for its scale,” reports Jack Hough for Barron’s.

Sunrun is TAN’s fifth-largest holding at a weight of 6.24% as of June 11, according to issuer data.

As has been widely noted, domestic political expectations powered TAN higher last year, making it one of 2020’s best-performing thematic ETFs. the thesis was simple: Then candidate Joe Biden was seen as warmer to solar adoption than former President Donald Trump. Encouraging poll numbers for Biden had a way of bolstering the ETF.

Then came the Georgia Senate runoff elections in January, giving Democrats a majority in that chamber of Congress. TAN rallied further on that news. What may be more interesting to investors is that residential solar adoption – a pivotal part of the TAN thesis – is surprisingly bipartisan. In fact, it leans further right than many would expect.

“When we survey our customers, we do find more Republicans than Democrats…which I think is not intuitive to people,” said Sunrun co-founder and Executive Chairman Ed Fenster in an interview with Barron’s.

Based on those comments, it would appear that Republican voters, enjoy the tax benefits and lower power bills that come with home solar system. For investors considering TAN, particularly those with a long-term view, the adoption of residential solar among right-leaning voters is a credible catalyst.

Many investors don’t seem to mind the “solar coaster” ride with this industry’s equities. Year-to-date, TAN has added $361.30 million in new assets, as of June 11.