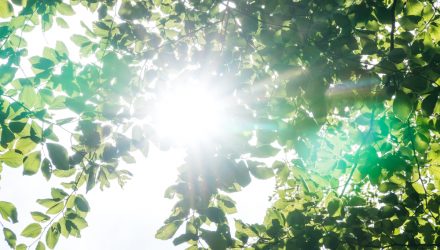 Like other renewable energy assets, the Invesco Solar ETF (TAN) has recently slid down the charts. However, if a Goldman Sachs forecast proves accurate, TAN’s recent slump could avail itself as a buying opportunity.

“The recent pullback in solar stocks is overdone, and with strong growth prospects on the horizon the sell-off represents a buying opportunity for some of the stocks in the space, Goldman Sachs said in a note to clients,” reports Pippa Stevens for CNBC. “The firm pointed to a number of reasons to remain positive on the industry, including solid fundamentals, a healthy financing backdrop, as well as policy catalysts.”

Politics at Play for TAN?

President Biden previously laid out a $2 trillion sustainable infrastructure plan to pave the way for the U.S. power sector to be carbon free by 2035, and for the country to be carbon neutral by 2050.

“Goldman noted that investors should remain selective. With that in mind, the firm upgraded shares of Sunrun to buy, while cutting SunPower to neutral. The firm also reiterated its buy rating on shares of Sunnova, which is on Goldman’s conviction list,” according to CNBC.

See also: Easy Being Green With These 2 Clean Energy ETFs

Interestingly, TAN is being punished by rising 10-year Treasury yields. Goldman Sachs says this is not truly indicative of the fund’s viability.

“Goldman added that in the last five years, there’s been little observable relationship between TAN and the U.S. 10-year Treasury, meaning the group is potentially being unfairly impacted by a broader market sell-off,” concludes CNBC.