You are at:Home»ETF Education channel»Looking for an Oasis in the Sea of Rising Rates? 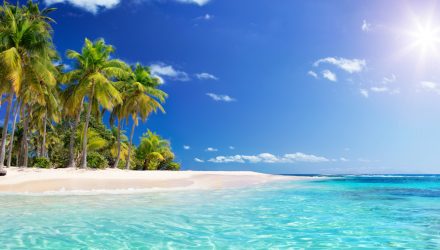 Looking for an Oasis in the Sea of Rising Rates?

The financial services sector is one of the few groups that are positively correlated to rising Treasury yields.

That group includes the Invesco S&P SmallCap Financials Portfolio (NYSEArca: PSCF). Small cap financials can pack are joining the large caps in the broader banking rally. PSCF is higher by 20% year-to-date, as of May 17.

The fund follows the S&P SmallCap 600® Capped Financials & Real Estate Index. That index “is designed to measure the overall performance of common stocks of US financial services companies. These companies are principally engaged in the business of providing services and products, including banking, investment services, insurance, and real estate finance services,” according to Invesco.

Small- and mid-sized banks are often pinched by low rates, but the opposite is happening so far this year.

“Financials tend to benefit as rising rates typically accompany faster growth. Beyond the cyclical tailwind, banks also benefit from a steeper yield curve, which flatters their net-interest-margin (NIM),” according to BlackRock.

PSCF holds 160 stocks with an average market capitalization of $2.22 billion, putting it at the higher end of small cap territory, while giving it a deep bench relative to other small stock sector strategies.

While PSCF and fellow bank ETFs are running up this year, the group maintains its status as a viable value destination.

“Despite the likelihood for higher rates, financials remain one of the cheapest sectors globally,” adds BlackRock. “This is also true in the United States. The U.S. financial sector is trading at roughly 1.5x price-to-book (P/B). Not only is this cheap relative to the sector’s history, valuations look particularly low when compared to the broader market. U.S. financials are trading at just 35% of the P/B of the S&P 500.”

Speaking of value, nearly 45% of PSCF constituents are classified as value names – far above the 6% with the growth stock designation.

“For investors the takeaway is that while the market may temporarily come under pressure if rates spike higher, financials will probably hold up better than most sectors,” notes BlackRock. “Safe havens during periods of rising rates are extremely valuable. Ironically, it can be harder finding a hedge against too much growth versus too little. Financials can provide part of the solution to a booming economy and normalizing rates.”