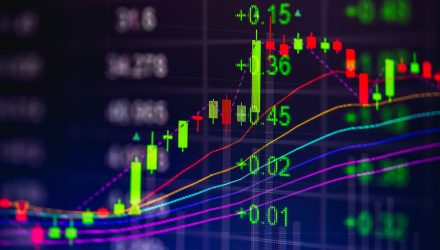 For all the talk about growth stocks lagging this year, the group isn’t in the red, and some internet names are among the best-performing members of the S&P 500 on a year-to-date basis.

The Invesco NASDAQ Internet ETF (NASDAQ: PNQI) is higher by more than 10% this year, a performance that would undoubtedly be better if not for the exchange traded fund’s exposure to some Chinese internet names, which have been battered at the hands of Beijing’s regulatory crackdown targeting that the online retail industry. 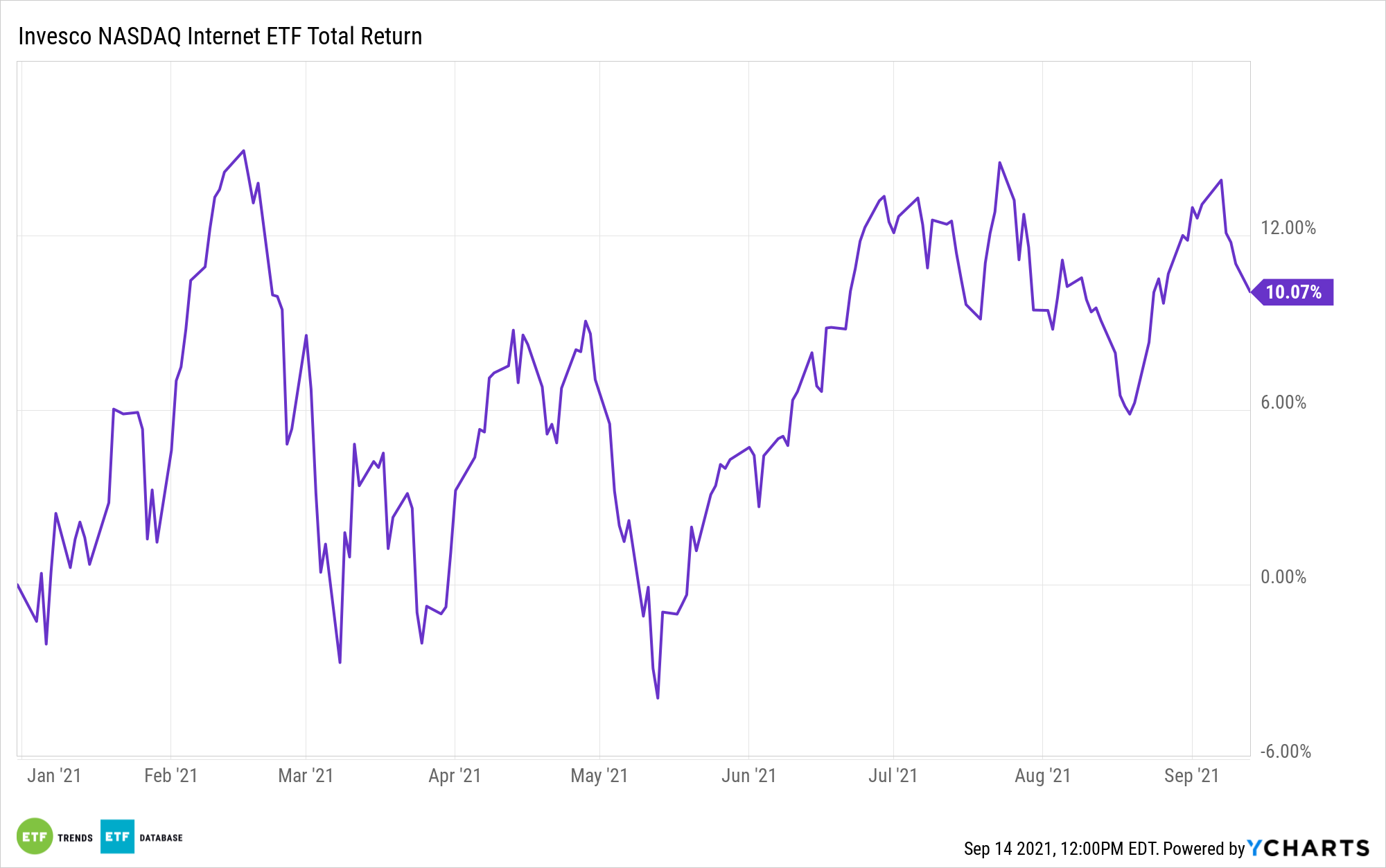 Still, PNQI, which tracks the Nasdaq CTA Internet Index, can deliver some upside into year-end. A potential catalyst looms in the form of Goldman Sachs waxing bullish on some well-known internet equities that command significant percentages of PNQI’s weight.

“In our view, the industry still has ample opportunities for secular revenue growth & increased operating efficiencies on the back of building scale in the coming years,” said Goldman Sachs analysts in a recent note. “That being said, we are not uniformly bullish given the fact that many companies either have forward growth more than priced into their equity at current levels, in our view, and/or we see a more neutral/negative risk/reward in a handful of names.”

The bank is positive on some of PNQI’s marquee holdings.

“The firm gave buy ratings to seven stocks, including Big Tech giants Amazon, Alphabet and Facebook, which Goldman said should continue to be a winner even as some of these tech business models converge,” reports Jesse Pound for CNBC.

Amazon (NASDAQ:AMZN), the largest e-commerce company in the U.S., has been lethargic this year, but Alphabet (NASDAQ:GOOG) and Facebook (NASDAQ:FB) are up 62% and 38.63%, respectively. Those three stocks combine for roughly a quarter of PNQI’s weight.

“We see Facebook as one of the companies most levered to the theme of the blurring of the lines between commerce and advertising and many of its key properties have already begun the transformation to embrace social commerce,” said Goldman.

Snap, Uber, Lyft, and Expedia are the other internet equities that Goldman is bullish on, and that quartet combines for about 7% of the PNQI roster.

“On the negative side, Goldman gave sell ratings to Airbnb and Twitter,” according to CNBC.

Fortunately for PNQI investors, Airbnb isn’t a member of PNQI’s portfolio, and Twitter accounts for just 1.44% of the fund’s weight. The $1.1 billion ETF holds 84 stocks in total.