You are at:Home»ETF Education channel»With Earnings Season Looming, Many Are Betting Big on the Banks 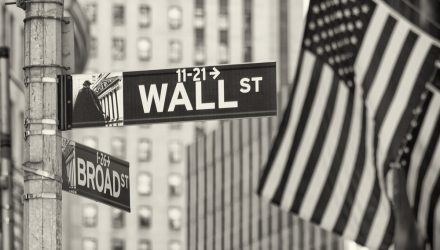 With Earnings Season Looming, Many Are Betting Big on the Banks

The first quarter ended last week and, among other things, that means another earnings season will soon kick off. That also means that, per usual, financial services stocks will get the ball rolling, putting the Invesco KBW Bank ETF (NASDAQ: KBWB) in focus.

Investors may want to prepare for some pleasant gains from KBWB this earnings season.

Matt O’Connor, analyst at Deutsche Bank, “sees earnings per share increasing by as much as 20% in 2023 and 2024 and stocks gaining as much as 50% over the next two to three years. Banks will continue to benefit from the things that have helped them this year, but O’Connor also expects that loan growth will be a driver of results in the back half of the year as the economy is on even firmer footing,” reports Carleton English for Barron’s.

Up 24.91% year-to-date, KBWB is benefiting from the value rotation – a move market observers believe has potential to last for awhile longer. Strong earnings can add to the medium-term case for KBWB as will rising interest rates.

Deutsche Bank’s O’Connor “went on to note that a 10% jump in loan growth adds roughly 8% to banks’ earnings. The sector generally needs to see a full percentage point increase in interest rates to see a similar impact to earnings,” according to Barron’s.

KBWB contains the who’s-who of the domestic economy’s financial players, including JP Morgan, Wells Fargo, and many more. This makes it an ideal play on the U.S. financials world.

“Goldman Sachs also issued a bullish note on the sector. With big banks set to report earnings next week, analysts at Goldman Sachs said they expect executives to strike an optimistic tone for this year and next,” adds Barron’s.

Finally, additional KBWB catalysts include buybacks and dividend growth later this year and banks releasing their loan loss reserves as the economy improves.