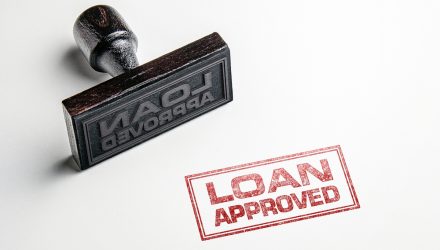 The Federal Reserve is two increases into its interest rate tightening cycle, and more — perhaps much, much more — could be on the way with inflation remaining high.

As such, fixed income investors are feeling considerable pain. The widely followed Bloomberg U.S. Aggregate Bond Index is down 10% year-to-date, and one of the most talked-about anecdotes is that nearly all fixed income exchange traded funds are in the red this year.

Bank loan funds are included in that group, but the Invesco Senior Loan ETF (BKLN) deserves some credit, as it’s beating the “Agg” by 450 basis points year-to-date. While BKLN is in the red, many investors are embracing bank loans for above-average income levels and inflation-fighting potency.

“Many investors are turning to bank loans, also known as floating rate loans, which are debt instruments whose coupon is linked to a short-term interest rate like LIBOR or SOFR. Given the floating rate nature of the asset, adding bank loans to your portfolio can lower duration and increase potential income as the Fed looks to continue raising short-term interest rates to combat the recent surge in inflation,” according to BlackRock research.

As the asset manager notes and as is confirmed by BKLN’s track record of over 11 years, bank loans are among the fixed income instruments that are durable when interest rates climb. Additionally, this is one of the bond segments with positive correlations to inflation.

With a bank loan, an investor’s outcomes are determined by credit spreads, floating rates linked to LIBOR or SOFR, capital appreciation, or a combination of all three.

“The ‘floating’ coupon feature reduces interest rate sensitivity for bank loans which has contributed to the asset classes historical outperformance relative to ‘fixed’ income assets in rising rate environments,” adds BlackRock. “The ‘floating’ component of a bank loan resets periodically and will dictate when investors realize the benefit of rising rates.  Coupon rates are initially set when a bank loan is issued, comprised of a benchmark interest rate (historically LIBOR and, going forward, SOFR) plus a credit spread.”

These fixed income assets are generally used by junk issuers, as highlighted by 95% of BKLN’s holdings being rated BBB, BB, or B. However, investors are compensated for that risk with a 30-day SEC yield of 3.41%, and corporate default rates are currently low.