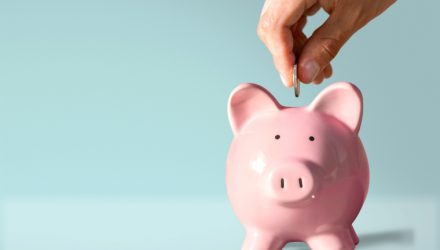 Mergers and acquisitions activity among banks is brisk this year, and with loan growth still sluggish, the consolidation trend is expected to continue.

That could benefit the Invesco S&P SmallCap Financials Portfolio (NASDAQ: PSCF). PSCF holds 163 stocks with an average market capitalization of $2.27 billion. Translation: PSCF is a target-rich environment for potential suitors because its holdings are easily digestible for would-be buyers.

“There have been 149 bank mergers announced so far this year, easily eclipsing the 119 deals announced in the whole of 2020, according to data compiled by Truist. And there are plenty more banks—particularly in the Southeast and Texas—that appear to be willing targets,” reports Carleton English for Barron’s.

PSCF isn’t a dedicated bank exchange traded fund, but it allocates 38% of its weight to bank stocks, by far its largest industry weight. Additionally, some PSCF components fit the aforementioned geographical parameters.

Beyond geography, PSCF could be an ideal play for more consolidation in the banking industry due to sheer size. Some smaller and mid-sized banks may not be looking for big deals that could strain their balance sheets, but bolt-on transactions that add assets and deposits at affordable prices are likely to be alluring.

“The pace of deal making—at least among the smaller banks—should continue even amid a tougher climate for mergers under the Biden administration. Much of the increased scrutiny surrounds so-called megadeals, or those in excess of $5 billion, according to a recent report from Deloitte. But when it comes to bank deals, there are several potential sellers in the sub-$1 billion range, according to Jennifer H. Demba, an analyst at Truist,” according to Barron’s.

Beyond mergers and acquisitions activity, PSCF has other traits that investors might like. For example, the Invesco ETF is again showing its positive correlation to rising Treasury yields. Ten-year yields are higher over the past several days, and while that’s pressuring other corners of the equity market, PSCF is up 4.11% over the past week.

On a related note, PSCF has deep cyclical value traits, positioning the fund for upside as value stocks come back into style. Nearly 48% of PSCF components are classified as value stocks compared with 5.34% wearing the growth stock label. PSCF is up 62.31% over the past year.