You are at:Home»ETF Building Blocks Channel»Energy ETFs in 2021: Reason for Optimism 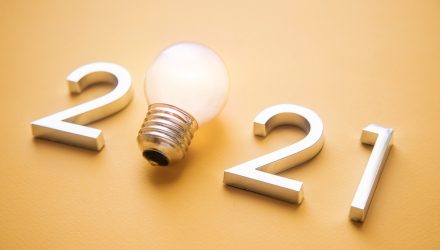 Energy ETFs in 2021: Reason for Optimism

Obviously, the traditional energy sector is out of favor in a big way this year, but some analysts believe the group is poised to rebound, perhaps giving way to upside in exchange traded funds, such as the Alerian Energy Infrastructure ETF (ENFR).

“In a client note, Devin McDermott and other Morgan Stanley energy analysts note that energy and production companies and pipeline operators in the so-called midstream sector “are beginning to offer cash flow profiles competitive with the broader market for the first time in recent history,” reports Andrew Bary for Barron’s.

For investors looking to get into the energy patch while reducing some of the volatility associated with instruments that are more correlated to crude price, ENFR makes some sense due to its midstream exposure.

“Morgan Stanley sees a more favorable political backdrop for the industry given the prospect of a Biden presidency and a divided Congress relative to pre-election expectations of full Democratic control in Washington,” according to Barron’s.

What’s interesting about ENFR over the near-term is that, assuming polls are accurate and Joe Biden emerges victorious, his energy policy may not be as crippling for oil and natural gas as previously thought.

“In general, we believe the actual energy path could trend more moderate relative to Biden’s pre-election platform, in part driven by lack of a Senate majority, which could moderate key appointees to federal agencies. Moreover, most of the more meaningful energy sector reforms require legislation, something that would have a very low likelihood of being implemented under a split government,” according to Morgan Stanley.