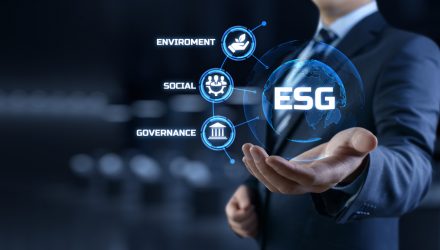 Twitter Spaces: Are Some Things Unmeasurable or Is ESG Screaming Into the Void?

Despite its growth in recent years, the nature of ESG (environmental, social, or governance) has remained polarizing. In two recent VettaFi articles, the subject of ESG was explored as far as what it really means and if any proof of its success could even be measured. For a recent Twitter Spaces conversation, VettaFi’s financial Futurist, Dave Nadig, was joined by Senior ETF Analyst at Bloomberg, Eric Balchunas, and President at ETF Store and host of the ETF Prime Podcast, Nate Geraci, to further discuss the value of ESG.

Right off the bat, it is safe to say that regardless of the opinions regarding what ESG could or has accomplished, the acronym in and of itself is terrible. As noted by Balchunas, it’s become tiring based on presence alone, as the label has such a broad reach, leading to wildly divergent firms having equal claims to ESG. It’s gone so far that anti-ESG ETFs now exist, as if there’s a need to go to that distance to take a stand against either the concept or, within context, against how it’s become generalized.

To be clear, it’s not as though there isn’t a place for what ESG can ultimately accomplish were one to involve it with proper funds based on what the concept should ideally be used for. There’s certainly a positive mentality out there as far as how companies and funds can evolve for the better with the right kind of push.

This speaks to the thought that overhype has had its effect on the potential of ESG (particularly when looking at its delayed boom), as well as on those who were not speaking against the concept of having an awareness of the important standards it addresses, but on the way, it’s being utilized as a go-to add-on for many firms that don’t really represent ESG properly.

For various reasons, including how politicized ESG has become in some circles, it’s been difficult to properly define and measure the success of the ESG factor within ESG ETFs. However, it’s not impossible. As Nadig points out, while it’s easy to look at anecdotal investments into ESG-related funds and not see that doing much to move the needle, there are instances where these various small investments have been collected to make up much larger amounts, which can have an impact.

As Nadig states, even putting aside some of the impact seen from an investor’s perspective, one can still consider the heavy increase of activism in corporate boardrooms. Similarly, looking at the cost-per-capita when it comes to the rates firms are climbing based on an embrace of ESG is also worth noting, but having the exact means to truly measure this area is where things become tricky.

Balchunas and Geraci continue to offer varying points on interpreting the validity of ESG’s accomplishments. As it stands, many ESG methodologies can create short term opportunities for outperformance. This could allow ESG investors the opportunity to outperform from a combination of risk management and the impact of continued ESG flows. In the long term, however, Nadig believes ESG investors should expect the cost of capital impacts to be a potential offsetting drag on performance.

There’s perhaps not a proper answer to how well ESG works, but it’s certainly a topic worth discussing. It’s early enough to know ESG concerns are worth exploring, and this conversation between Nadig, Balchunas, and Geraci has plenty of interesting observations.

#BreakingNews @EricBalchunas and @NateGeraci actually agree with @DaveNadig on two things. 1) #ESG lacks definition and 2) ESG is in the eye of the beholder.

Thanks for joining us! If you missed it, make sure to listen to the recording: https://t.co/5QKOMfjlYg