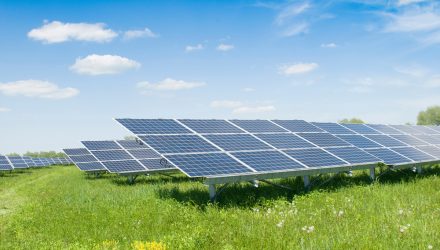 How Will Solar Energy Fit Into America’s Power Grid?

As President Joe Biden pushes for a greater green initiative to ween the country off of crude oil, solar power could supply over 40% of America’s electricity by 2035.

According to the Department of Energy, if Congress passes policies like tax credits for renewable energy projects and component factories, solar could make up over 40% of the nation’s electricity by 2035, compared to 3% today, Reuters reports.

The memo from the Department of Energy is the latest effort from the Biden administration to push forward solar power as an engine of growth and a key pillar of the climate change agenda.

According to National Renewable Energy Laboratory, the solar industry needs to expand at three or four times its current growth rate and add up to 1.5 million jobs to hit the White House’s lofty 40% goal for solar power generation.

The study also backs Biden’s belief that the transition away from traditional fossil fuel industries could help create millions of union jobs while tackling the issue of climate change.

The latest $1 trillion infrastructure plan recently approved by the U.S. Senate will also help support the green shift toward solar through investments in modernizing the electricity grid. The White House is also focusing on tax credits and a clean electricity payment program for utilities, which may still be included in the separate $3.5 trillion spending package that will need to be further debated upon.

“It really is the clean energy tax credits that are going to be drivers for production and for the manufacturing sector,” Gina McCarthy, White House climate advisor, told Reuters.

Solar projects are eligible for a 26% tax credit that is soon to expire, but Biden has voiced support for a 10-year extension, along with new incentives for solar manufacturing.