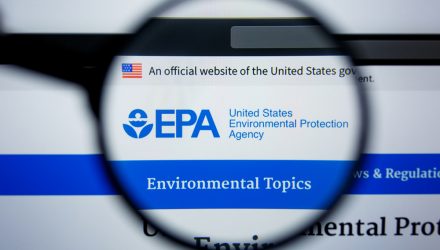 EPA’s Webpage on Climate Change Is Back Online

Reflecting the U.S. government’s renewed fight against climate change, the Environmental Protection Agency has restored its webpage dedicated to the science behind global warming.

The EPA’s climate change portal had gone blank under the Trump administration, but the climate page is back online with a statement of ‘An EPA Priority’ at the top and links to emissions data, efficiency program info, and other climate resources, Bloomberg reports.

“Climate facts are back on EPA’s website where they should be,” EPA Administrator Michael Regan told Bloomberg.

The relaunch of the EPA’s webpage is part of a broader effort to ensure climate-related decisions are based on sound science. EPA’s digital presence helped explain global warming and why it is worth fighting.

“Trustworthy, science-based information is at the foundation of strong, achievable solutions,” Regan added.

As the United State’s chief protector of clean air and water, the EPA plays a critical role in President Joe Biden’s push toward eliminating carbon pollution from the power grid by 2035 and the rest of the U.S. economy by 2050, the Washington Post reports. As a way to achieve those ambitious goals, it will certainly require a new suite of regulations out of the EPA to reduce greenhouse gas emissions from cars, power plants, landfills, factories, and a number of other sources.

Environmental advocacy groups are already extolling the EPA’s return on the digital frontier.

“Only when we’re armed with the facts about what we face now and in the coming years — and have information on what we can do to make a difference on climate change — can we make the best decisions,” Andrea McGimsey, senior director for Environment America’s ‘global warming solutions’ campaign, said in a statement.