You are at:Home»Equity ETF Channel»Will the Nasdaq Hit 10,000 This Year? 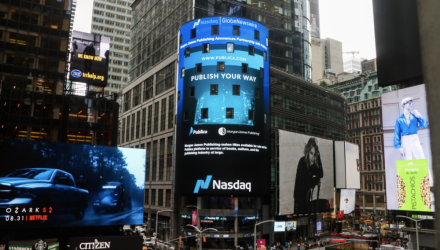 Who would have thought I would be forecasting that the Nasdaq could zoom to 10,000 this year?

Two things have changed my perspective in recent months: The Q4 2018 crash didn’t approach the typical 40% loss in the first two to three months, as was typical of most major bubbles… and my newer 90-Year Bubble Buster Cycle.

If the current correction doesn’t crash down much harder by early February – which doesn’t look likely at this point – then a final blow-off rally would be most consistent with past major bubbles, especially the ones that hit on this 90-year cycle.

What I’ve Been Looking At…

I’ve been looking at the finally bubble rallies on all the key indices: The S&P 500, the Dow, and especially the Nasdaq because it’s the lead bubble of the lot.

What I am noticing is that the best support on the final rallies since early 2009 come from a linear trend-line through the bottoms, but the best rally and upside targets come from exponential trend-lines through the tops.