You are at:Home»Equity ETF Channel»Why Are Investors Dumping an ETF Up Nearly 30% YTD? 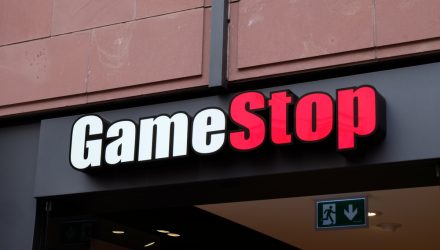 Why Are Investors Dumping an ETF Up Nearly 30% YTD?

The rally in GameStop (NYSE: GME) has helped propel a retail sector-specific exchange traded fund, but investors have been dumping the fund in droves.

The SPDR S&P Retail ETF (XRT), which includes a 12.4% position in GME, increased 29.0% year-to-date. Yet XRT has suffered about $700 million in net outflows this week alone and now holds about $164 million in assets under management, Bloomberg reports.

The redemptions in XRT comes after GameStop’s record setting rally caused GME’s weight in XRT to climb to 20%, which is a far cry from the video game retailer’s original weight of around 1%. The retail ETF follows a modified equally weighted indexing methodology.

Some speculate that the redemptions may be partially due to deliveries of in-kind basket swaps where shares of XRT are exchanged for underlying stocks in kind. Consequently, traders are selling the ETF shares in a bid to get a hold of the now hard-to-borrow GameStop shares as a means of further collateral in the ongoing war between hedge funds and day traders in the options market.

“GameStop’s surging borrow rates signal high demand for the shares, with short-selling hedge funds potentially seeking to close or adjust positions,” BI analysts James Seyffart and Eric Balchunas said in a note. “The in-kind redemption was likely an attempt by investors to get their hands on scarce GameStop shares.”

The cost to borrow GameStop shares surged to as high to 200% this week, and it was roughly 50% on Friday, according to data from financial analytics firm S3 Partners.

The company has a relatively small float, with only 69.7 million shares outstanding. Meanwhile, over 100% of the total has been loaned out to bears betting against it.

On the other hand, some believe it may just be another time for some good old-fashioned profit-taking, as holders decide to call it quits after XRT’s 20% gain this week alone.

State Street’s Matt Bartolini pointed out that GameStop’s weighting in XRT has ballooned and added to the overall volatility tof XRT, leading investors to look for more stable vehicles that track the retail sector.

“They are more risk-averse investors that are not looking to speculate, who are likely playing some sort of trend that started the year, like the rebound of the economy,” Bartolini, head of SPDR Americas Research, told Bloomberg. “As of result of that price appreciation, that investment thesis has now been distorted.”