You are at:Home»Equity ETF Channel»What’s Been Going on with IPO’s? 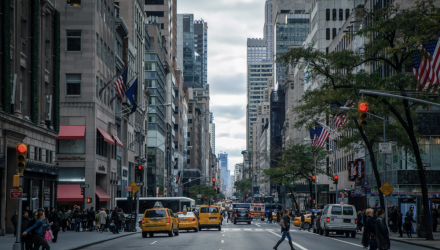 What’s Been Going on with IPO’s?

With more and more companies now privately held, investors have shifted their focus to how they can exit these investments and get their money back. Over the past few years, we have seen an increased focus on corporate acquisitions and secondary buyouts, seemingly at the expense of IPO’s.

This trend toward secondary buyouts and corporate acquisitions aligns with some of the broader trends in the private equity industry, where we have seen deal activity favor add-ons over buyouts. An add-on is a type of acquisition where a private equity company purchases a company with the intent of combining it with one of its existing portfolio companies; add-ons accounted for over 50% of deals in 1Q19, with certain industries like financials services and healthcare seeing the most activity.

2018 saw 134 initial public offerings (IPO’s), the highest level since 2014. In general, IPO activity has been soft since the tech bubble, which saw IPO’s peak at a level of 677 in 1996. The number of companies tapping the public markets for capital has trended lower for a number of reasons – regulation has made the prospect of being publicly traded less attractive, equity markets have become increasingly volatile over the past +20yrs, and private markets have evolved in such a way that companies no longer need to go public in order to obtain the growth capital they need.

That said, there have been a number of notable IPO’s this year, some of which have performed better than others. While the potential for further escalation in trade tensions and uncertainty about the Fed may keep IPO activity softer in the near term than it would have otherwise been, one thing worth watching is the increasing share of companies that are going public but have negative earnings.