You are at:Home»Equity ETF Channel»What You Need to Know About Investing in American Uranium 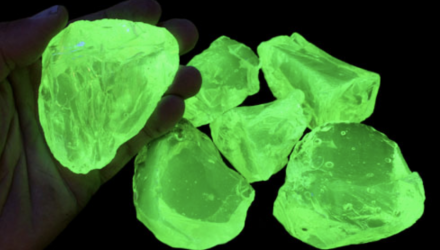 What You Need to Know About Investing in American Uranium

By Marin Katusa via Iris.xyz.

On July 12th, it was Black Friday for uranium companies.

Many uranium stocks had a severe meltdown…

The cause of the midday crash was an information leak from the White House.

It’s a Matter of National Security…

If you’ve paid attention to Donald Trump and his government over the past three years, you’ll notice his top priorities had a common theme…

He doesn’t mind battling China on trade wars. And he’ll even impose steel tariffs on friendly allies like Canada.

The administration is taking a no-holds-barred approach to negotiations.

Next to its military, one could argue that the American energy sector is the nation’s most important sector.

Without it, hospitals aren’t powered, airports don’t work and defense systems are inoperable.

Uranium energy is baseload power. It’s crucial in keeping the lights on. A fifth of all households in the United States are powered by uranium.

And if you weren’t aware, the U.S. imports over 90% of the uranium that it consumes.

Which begs the question…

How Much Uranium Does the United States Consume?

The United States has consumed between 40 and 50 million pounds of uranium every year since the mid-90s. Below is a chart that shows U.S. uranium consumption.