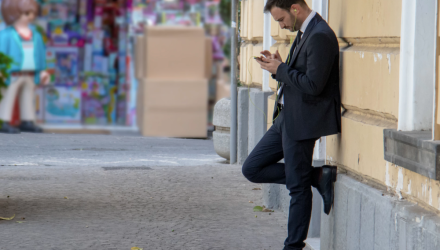 What Is a Fair Price to Pay for Stocks?

Equity and fixed income markets have been on a wild ride in recent weeks, as recession fears, geopolitical uncertainty, and continued weakness in manufacturing have weighed on investor sentiment.

Labor market strength and the health of the consumer are integral to the view that the economy will avoid recession, and also to the price that investors are willing to pay for stocks. Consumer sentiment, wage growth, industrial production and high yield spreads can all help explain stock market valuations as measured by the forward Price/Earnings (PE) ratio of the S&P 500 Index, but perhaps unsurprisingly, consumer sentiment explains the most.

Despite a soft macroeconomic environment, the resilience of consumer sentiment and tight high yield spreads have provided support to stock market valuations. Furthermore, while volatility has increased, markets have been able to bounce back from uncertainty-induced sell-offs. That said, a 1-point change in consumer sentiment should lead to a .23-point change in the S&P 500 forward P/E ratio – holding all else equal – suggesting that if sentiment begins to be more negatively impacted by U.S./China trade tensions or growing concern about recession, valuations will need to decline. As a result, we continue to look to earnings as the main driver of returns between now and the end of the cycle; if trade tensions were to ease and the yield curve were to steepen, valuations could certainly rise in the near-term, but these levels would not be sustained when the economy eventually begins to contract. 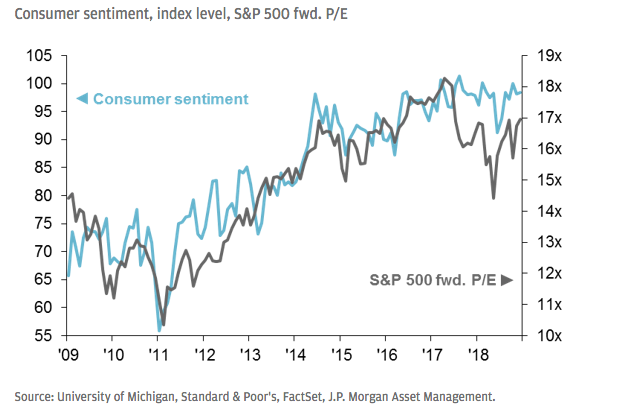 Read the more articles on Iris.xyz.