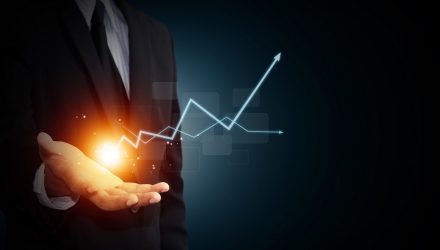 U.S. stocks skyrocketed higher on Tuesday, clawing their way back from a big beating over the past month, after Federal Reserve Chairman Jerome Powell intimated that the central bank was open to relaxing its monetary policy to save the economy, and as trade tensions eased amid comments by China and Mexico.

Almost all the market sectors were green today, and a number of ETFs showed positive gains, echoing the sanguine market reactions to Powell.

The Dynamic Semiconductors Invesco ETF (PSI), which  is comprised of common stocks of 30 US semiconductors companies, was up handily today as well, over 4.5% Tuesday.

Investors have been calling for a Fed rate cut for some time now, fearing that trade wars on multiple fronts and generalized global uncertainty could send the market into a recession.

Tuesday’s rally comes after the major indexes took abuse in the previous session amidst worries over harsher regulations on big tech companies. The Nasdaq fell into correction territory, pressured by Alphabet, Amazon, Facebook, and Apple. All of these big tech companies rebounded strongly on Tuesday.

“Perhaps the market was looking for any incremental news on trade. It started with that Washington Post story to create this bounce or reflex rally,” said Hank Smith, co-CIO at Haverford Trust. “We’re in for a choppy summer.”

Despite the huge rally, some analysts are still cautious this is a sustainable move.

We gotta watch this to see if there’s a change in character for the overall market,” Mike Santoli explained on CNBC earlier.