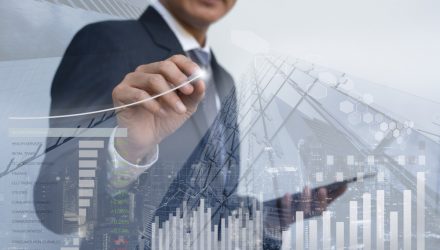 U.S. markets and stock exchange traded funds gained Wednesday with the Dow Jones Industrial Average and S&P 500 hitting record highs as investors shifted to cyclical and economically sensitive sectors on bets that the Democratic party’s win in the Georgia runoff could lead to more fiscal spending.

Democrats took a U.S. Senate seat in Georgia and were leading in another, closing in on a surprise sweep and wrestling control over the Senate from Republicans to potentially advance President-elect Joe Biden’s policy goals, Reuters reports. The outcome will be finalized later Wednesday.

“The market is saying we can deal and live with this political decision,” John Stoltzfus, chief investment strategist at Oppenheimer Asset Management, told Reuters. “It is saying if you have the potential to lose the tax reform package … the offset to that might be more stimulus to the economy which in effect could be positive for the markets.”

Market observers were outlining a Democrat-controlled Senate, which could open the path to increased fiscal spending, but it also raises the likelihood of tax hikes and tougher regulation on corporate America. Nevertheless, traders took it as a net positive for economic growth globally and for most risk assets.

However, those who are taking things with a grain of salt pointed out that even if Democrats take control of both Senate seats in Georgia, more moderate-leaning Democrats may keep a check on a progressive agenda.

“Once the clouds have cleared, the market will realize that, yes, this is a blue sweep but it is a very, very marginal one,” Seema Shah, chief strategist at Principal Global Investors, told the WSJ. “It is certainly not the status quo we have been used to, but I also wouldn’t expect that much of a change.”