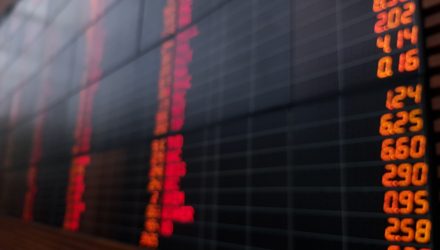 U.S. markets and stock ETFs stumbled Friday, losing their grip on early morning gains and heading toward the end of a volatile short week filled with a steep contraction.

The stock markets continued to slip Friday, with the previous high-growth technology sector lagging behind. The market moves this week have been volatile, with the Nasdaq Composite sliding into a correction, or down at least 10% off its record highs, but rebounding on its biggest single-day point day since April.

“When I see selling in the marketplace, I ask myself: ‘Where else are these investors going to park their money?’” Dev Kantesaria, a managing partner at Valley Forge Capital Management, told the Wall Street Journal. “If you’re a long-term investor, you should be buying these growth stocks.”

Some, though, warn that this could be the beginning of more volatile times ahead. The markets continue to face challenges from a recovering economy, growing tensions between the U.S. and China, and heightened political risk in the months ahead during a presidential election year. The political battle over a new round of economic relief also continues to weigh on sentiment after Democrats blocked Senate Republicans’ watered-down aid package.

“Investors should be prepared for this kind of volatility,” Altaf Kassam, head of investment strategy for Europe, the Middle East, and Africa at State Street Global Advisors, told the WSJ, adding that SSGA has adopted a defensive stance, such as buying gold.

Meanwhile, U.S. consumer prices was up in August, according to the Labor Department, indicating firmer inflation as demand for goods rebounds from the coronavirus downturn this year. The consumer-price index rose a seasonally adjusted 0.4% from a month earlier.