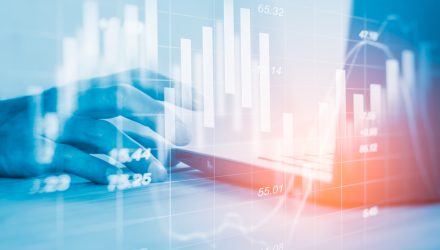 U.S. markets and stock exchange traded funds slipped toward the end of Wednesday’s session after the Federal Reserve indicated it was willing to maintain its near interest-rate policy for an extended period even if inflation pushes higher.

The stock markets initially strengthened after the Federal Reserve’s scheduled meeting ended mid-Wednesday where policymakers left rates unchanged, as widely expected, and said it expects rates to stay there through 2023, the Wall Street Journal reports. The Fed previously said it would keep inflation above 2% “for some time” to achieve its goals.

The committee also had a rosier outlook on economic growth and unemployment for 2020, compared to its last meeting, now projecting gross domestic product to fall 3.7% in 2020, compared with a 6.5% drop they previously forecasted in June.

“Last time, they were very bearish compared to what the market had been expecting,” Edward Park, deputy chief investment officer at Brooks Macdonald, told the WSJ.

Investors are now looking to the prospects for additional fiscal spending, but negotiations remain complicated due to the timing surrounding the November elections. On Tuesday, House Speaker Nancy Pelosi stated the chamber should stay in session until they strike a bipartisan agreement on new coronavirus relief, but White House adviser Jared Kushner warned that any deal could be a ways off.

“When I look at where the stimulus talks are, the odds of something getting done are very, very slim,” Joyce Chang, the bank’s head of research, told the WSJ. “Both sides are far apart.”