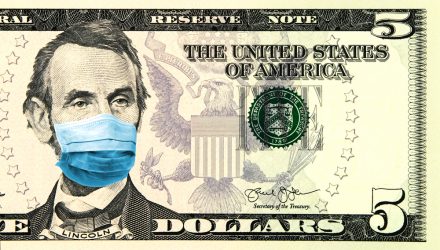 U.S. markets and stock exchange traded funds retreated as hopes for an economic stimulus package passing before the November elections begin to fade.

The markets initially opened higher after House Speaker Nancy Pelosi said she was optimistic a new stimulus could make it through before the election, but she added that an agreement would have to be made by Tuesday, Reuters reports.

The White House previously outlined a $1.8 trillion economic package to help Americans with the economic problems caused by the coronavirus pandemic, but Pelosi said it was too small across a number of areas and remained firm on a $2.2 trillion aid aid package.

“I do believe that both sides, even though two weeks before election, can see the way to getting some money back into unemployment programs,” Kim Forrest, Chief Investment Officer, Bokeh Capital Partners, told Reuters.

“President Trump would love to have a stimulus package before the election,” Michael Mullaney, director of global markets research at Boston Partners, told the Wall Street Journal. “But there’s no political upside for Pelosi to sign anything before the election.”

Markets are also betting on a “blue wave” election where Democrats win control of both the White House and Congress, which could eventually lead to a large stimulus package, Mullaney added. However, this election outcome could ultimately dampen market returns due to higher corporate taxes.

Investors are expecting to see bouts of volatility as we get closer to the election date.

“It’s just the general volatility here. I wouldn’t be surprised to see this bouncing around all day,” Tony Bedikian, head of global markets at Citizens Bank, told Reuters.