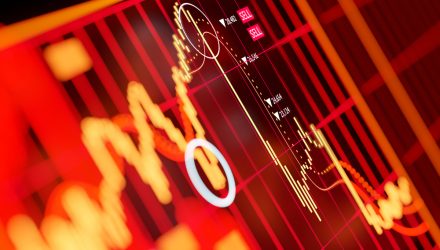 The group of FAANG stocks – Facebook (FB), Apple (AAPL), Amazon.com (AMZN), Netflix (NFLX), and Alphabet (GOOGL) Google – retreated over 6% on Thursday and were on pace for their biggest one-day pullback since March 16, Reuters reports.

The aggressive fiscal and monetary stimulus, along with increasing shift toward a new stay-at-home economy, helped tech stocks and powered a rally in the broader U.S. markets in recent weeks, lifting the S&P 500 and Nasdaq to record closing highs on Wednesday.

“Some of the stocks have gotten a little pricey, and what the actual cause is to spark this selloff is difficult to say,” Randy Frederick, vice-president of trading and derivatives for Charles Schwab, told Reuters. “The leading sector for quite a long time has been the Nasdaq, which is very heavily weighted in technology stocks so people just saw this as an opportunity to take the profits off the table.”

“We’re going to struggle to put people back to work, it’s going to be another three to four years and then we have to sustain it,” Greg Hahn, chief investment officer at Winthrop Capital Management, told Reuters.

Additionally, a survey revealed U.S. services industry growth slowed in August, which some attributed to the fading effects from the boost from the reopening of businesses and fiscal stimulus.