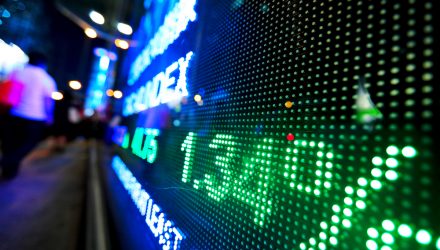 “It just feels like the market’s grinding higher every single day, regardless of the news,” Charles Day, managing director and private wealth advisor at UBS, told the Wall Street Journal.

The stock markets rallied after the Federal Reserve’s “Beige Book” revealed a modest gain in activity for U.S. businesses and a rise in employment through late August, but the economic growth remained slow in some areas of the country, Reuters reports.

Technology stocks took a rare backseat to other areas of the market after losses in Apple Inc, Tesla Inc, and Zoom Video Communications Inc.

“A handful of technology stocks have been a great place to be over the last several months, but at some point, you need to kind of be on the lookout for other opportunities outside of those concentrated names,” Adam Phillips, Director of Portfolio Strategy at EP Wealth Advisors, told Reuters.

Leading the markets on Wednesday, defensive utilities, consumer staples, and real estate, which have trailed the broader market this year, were among the best percentage gains among major S&P sectors.

According to the ADP report, U.S. private payrolls rose in August from July but was short of economists’ expectations. Investors will now be looking out for the government’s comprehensive employment report on Friday.

Weakness in the jobs report “could become a bigger risk if there’s a delay in stimulus,” Walker added. “For us to continue to recover we’re going to need to see the additional stimulus.”