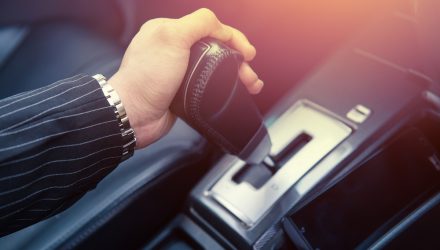 U.S. markets and stock exchange traded funds were higher Thursday, with the S&P 500 and Dow Jones Industrial Average advancing after the Federal Reserve signaled a loosening policy shift to allow inflation to run its course.

Speaking remotely during the Federal Reserve’s annual Jackson Hole symposium, Federal Reserve Chairman Jerome Powell said the central bank will allow periods of elevated inflation above 2% to even out the previous periods when inflation fell short of its target, which has been mostly the case since 2008, the Wall Street Journal reports.

The policy shift has been interpreted as the Fed’s signal that it will not preemptively hike interest rates to head off rising inflationary pressures.

“Basically, they’re telling you, ‘We’re not going to short-circuit this economy,’” Keith Lerner, a strategist at SunTrust Advisory Services, told the WSJ, adding that the market could reposition for higher long-term inflation expectations.

Furthermore, the Fed’s goal on employment may not necessarily have the unemployment rate hit any specific target but to keep an economic outlook that brings back “marginal” workers into the labor force.

“They’re trying to bring unemployment down, and the labor-force participation rate up,” Merk Investments analyst Nick Reece told the WSJ, adding that one way the central bank can achieve this goal is by standing pat on rates even when inflation levels hit 2%.

Looking ahead, the Fed’s new policy could mean that the relative value of stocks should be higher than bonds.

“It will continue to push investors into riskier assets if they want to get any kind of return,” Lerner added.