You are at:Home»Equity ETF Channel»U.S. Stock ETFs Fall as Political Risk Weighs on the Economic Outlook 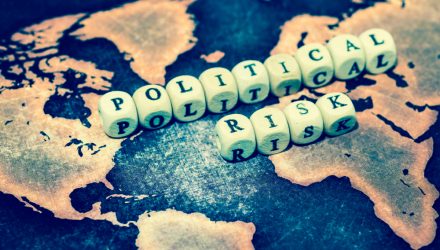 U.S. markets and stock ETFs plunged to a near seven-week low on Monday as coronavirus lockdown and lack of progress in the second relief packaged added to concerns over a slowing economic rebound.

Unlike the previous pullbacks, Monday’s market retreat was led by value-oriented sectors like industrials and financials instead of the high-growth tech segment. Market observers saw this shift as a sign that the ongoing economic woes could continue to weigh on the broad recovery process, producing an uneven rebound.

Tom Martin, senior portfolio manager at GLOBALT Investments, argued that Congress’ focus is now on finding a replacement for Justice Ginsburg and it will take up most of their time and energy.

“So there’s going to be very little bandwidth for putting in a new fiscal bill with this new development,” Martin told Reuters.

The healthcare sector was also among the worst hit on Monday since the passing of Justice Ginsburg could also lead to an unfavorable outcome to the constitutionality of the Affordable Care Act, or so-called Obamacare, in November when the Supreme Court takes on the case.

The worsening relations between the U.S. and China also poses as another market risk. China’s Ministry of Commerce outlined penalties for “unreliable entities,” including potential restrictions on staffing and investment in China, curbs on imports and exports, and fines, the Wall Street Journal reports. The action is seen as another way Beijing could step up retaliatory measures or enact sanctions against foreign entities.

“There’s the broader macro risk that this might be China starting to become more combative in its use of sanctions,” Edward Park, deputy chief investment officer at Brooks Macdonald, told the WSJ. “That wasn’t really on the markets’ radar.”