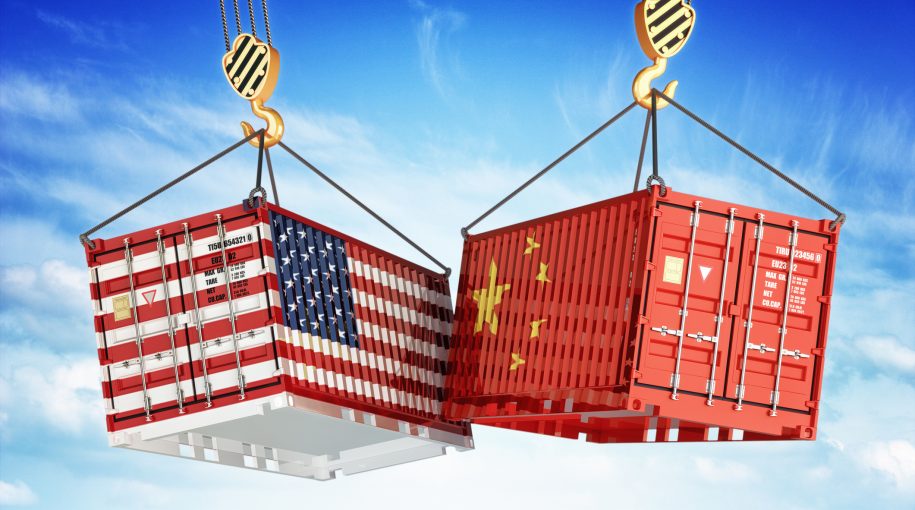 U.S. markets are red across the board on Monday amid threats from President Donald Trump that he may sharply raise tariffs this week on hundreds of billions of dollars worth of goods from China. Trump believes that China will be much more affected by the trade war than the United States, and that it has had very little impact on U.S. consumers.

Trump’s comments on Twitter speak to this sanguine viewpoint on the U.S. and China trade discussions, where the President tweets:

….of additional goods sent to us by China remain untaxed, but will be shortly, at a rate of 25%. The Tariffs paid to the USA have had little impact on product cost, mostly borne by China. The Trade Deal with China continues, but too slowly, as they attempt to renegotiate. No!

Despite his apparently productive past meetings with the Chinese, not everyone is in agreement with the President that the United States is not materially affected by the trade discussions and tariffs.

“The economic evidence to date on this is exactly the opposite of Trump’s statement,” Chad Bown of the Peterson Institute for International Economics and host of the podcast TradeTalks tweeted. “The impact of the 2018 tariffs has been passed on to U.S. consumers in the form of higher prices. China is NOT bearing the burden of Trump’s tariffs.”

At this point, in response to Trump’s comments, China is even weighing whether or not to attend the trade talks that are coming this week.

In fact, the recent deterioration in U.S.-China relations may not bode well for Trump’s denuclearization exchange with North Korea either.

Harry Kazianis told CNBC’s “Squawk Box Asia” on Monday, “Donald Trump today tweeting out about increasing tariffs and things of that nature, he needs to be a little careful because his North Korea policy could blow up in his face,”

Currently the Dow Jones Industrial Average, Nasdaq, and S&P 500 are all down close to 1%, based on the news this morning. Volatility has increased significantly as well, creating a lot of movement in the markets, as traders digest the current uncertainty.