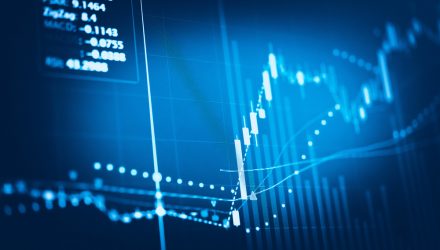 So far, banks have been posting strong first quarter results, with Bank of America and Citigroup offering optimistic views on an economic recovery in their earnings reports on Thursday, Reuters reports.

“Uncharacteristically, expectations for earnings have improved for the quarter and what tends to move markets is when the numbers are far better than expected,” Randy Frederick, vice president of trading and derivatives for Charles Schwab, told Reuters. “While individual names may sell off, the overall sector is fine.”

According to Factset, analysts project earnings among S&P 500 companies could increase by 29% in the first quarter from the same period year-over-year, the Wall Street Journal reports.

“There’s elevated expectations coming into this quarter, but we still think that there’s going to be a significant amount of companies beating those estimates,” Chad Oviatt, director of investment management at Huntington Private Bank, told the WSJ.

Further adding to the risk-on sentiment, retail sales numbers rose 9.8% over March after Americans received an additional $1,400 in stimulus money from the government and jobless claims dipped more than expected to 576,000 last week, a one-year low.

“We want to see that the 2021 numbers—even the 2022 numbers—are going to continue to look good,” Esty Dwek, head of global market strategy at Natixis Investment Solutions, told the WSJ. “We want to see what guidance is going to be. For a lot of 2020, we had no guidance.”