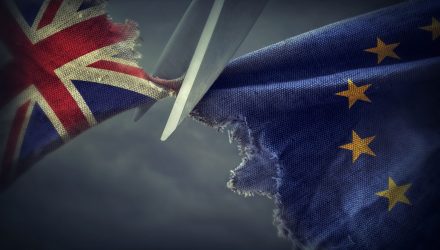 United Kingdom ETFs Jump on Optimism for a Brexit Deal

The iShares MSCI United Kingdom ETF (NYSEArca: EWU), the largest U.K.-related ETF listed in the U.S., was up 1.5% on Wednesday after retreating in the previous session amid growing anxiety over a snap election in Britain that would bring additional risks to a Brexit deal.

Prime Minister Boris Johnson lost his working majority in parliament Tuesday, and lawmakers also pushed to prevent a no-deal Brexit. The outcome triggered Johnson to announce a bid for a snap election, which resulted in the prior day’s pullback.

“Everyone will know that if I am prime minister, I will go to Brussels, I will go for a deal and get a deal but if they won’t do a deal we will leave anyway on 31 October,” Johnson said after the vote, according to the Wall Street Journal. “The people of this country will have to choose.”

A Big Vote, A Major Delay

Lawmakers voted 327 to 299 in favor of a proposal for the government to extend the Brexit deadline by three months if it can’t come to new terms with the EU by October 19.

Johnson still maintains that he will not comply with parliament’s wishes, pointing out the fact that he is only following the wishes of voters who chose to exit the EU in a referendum in 2016.

Consequently, Johnson has been asking for a snap general election on October 15. He requires a two-third majority in the House of Commons for an election to be scheduled.

“Boris Johnson is going to call for a snap election and the chances are that he will lose,” Naeem Aslam, chief market analyst at TF Global Markets UK, said in a note, according to Business Insider. “The fact is that no one wants to have no-deal Brexit, this is not what Brexiteers signed up for, and Boris Johnson is wrong in thinking that he is going to deliver Brexit no matter what the cost is.”