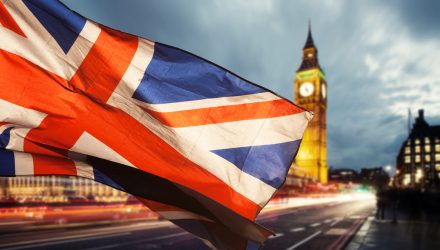 “The tea leaves are shaped in the right direction,” Luke Hickmore, a fund manager at Aberdeen Standard Investments, told Bloomberg. “Certainly the market is buying into it.”

Negotiations between the U.K. and the E.U. are still ongoing as both sides put the finishing touches on the Brexit deal. A source at the EU’s executive, the Commission, said talks were still ongoing but were now in their “final stages”, and one EU official urged caution, Reuters reports.

Nevertheless, three diplomatic sources in the bloc told Reuters that member states were already prepping to implement any deal from Jan. 1 if one was made.

The United Kingdom has been negotiating a free trade deal with the EU bloc as it exits from the EU’s single market and customs union at the end of 2020. A Brexit trade deal would ensure that the exports between the two that makes up half of annual EU-UK commerce, worth nearly a trillion dollars, remains free of trade barriers.

A key issue has been the “level playing field” or ensuring fair competition. EU leaders fear that after Brexit, the U.K. could ease regulation to undercut competitors or eat away at EU market share.

The two are also looking closely at just how much EU fishing boats can catch in British waters.

“There’s still the same serious areas of disagreement, whether that’s on fisheries or the level playing field,” Secretary of State for Housing, Communities and Local Government Robert Jenrick told Sky News. “But at the moment there isn’t sufficient progress.”