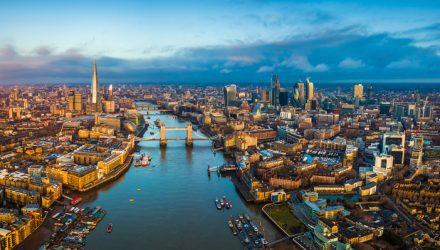 “The things that are leading the charge are exactly those stocks that were leading the fall after the Brexit referendum,” Daniel McDonagh, head of European portfolios at Nedgroup Investments, told the Wall Street Journal. “We’ve been surprised by the immediate relief shown in utilities stocks.”

The benchmark FTSE 100 Index that tracks U.K.’s largest companies earlier experienced its best intra-day gain since February as traders raised bets that global investors will return to U.K.’s market in response to the Conservative Party’s win, which could pave the way for lawmakers to finally conclude the delayed divorce with the European Union or Brexit.

Britain expected to break from EU by end of next month

Britain is now expected to break from the EU by the end of next month, putting an end to lingering uncertainty that has pressured U.K. businesses and investors’ sentiment for over three years.

“The U.K. market looks very attractive to international investors,” in part because the pound is still below historic highs, Emma Mogford, portfolio manager at Newton Investment Management, told the WSJ. “It’s still relatively cheap and now some of the political uncertainty has been lifted.”

Market observers argued that Johnson’s win and easing uncertainty could provide a moderate boost to investments by businesses. However, people warned that the spending would remain limited unless swift action is taken to secure long-term future trade relationship with the rest of the European Union. Johnson claimed he would secure a new deal with the bloc by the end of 2020, when the U.K. will fully transition out.

“Those companies that rely on imports will also see a boost from a strong pound and also from improved sentiment among U.K. consumers as political uncertainty eases,” Edward Park, deputy chief investment officer at BrooksMacdonald, told the WSJ.