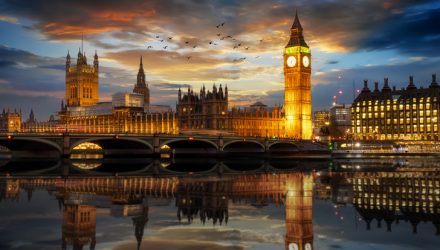 “All in all, I am happy, relieved that we reached a deal,” European Commission President Jean-Claude Juncker said. “But I am sad because Brexit is happening.”

“On a more personal note, what I feel today is sadness,” Donald Tusk, president of the European Council, told reporters, according to Reuters. “Because in my heart, I will always be a remainer. And I hope that if our British friends decide to return one day, our door will always be open.”

British and EU negotiators have reached an agreement after successive days of drawn out talks and nearly three years of discussions. The uncertainty over the divorce also came in a period when the bloc was struggling to reinvigorate weakening economic growth.

Johnson said he was confident that U.K.’s parliament, which will sit for an extraordinary session on Saturday to vote on the new Brexit agreement, would approve the deal.

“When my colleagues in parliament study this agreement they will want to vote for it on Saturday and then in succeeding days,” Johnson said.

However, observers are skeptical of an easy passage through a divided parliament. The head of the main opposition Labour Party, Jeremy Corbyn, stated he was “unhappy” with the agreement and announced his intent to vote against it, arguing that any deal should be subject to a public vote.

Related: Argentina ETF Could Find a Helping Hand from the IMF

Johnson also does not have a majority backing in the 650-seat parliament. The deal will require at least 318 votes to get ratified.

The parliament has previously defeated prior deals made under Johnson’s predecessor, Theresa May, three times already.

“The PM’s position is that it’s new deal or no deal but no delay,” a senior British government official told Reuters.

The lingering uncertainty over the outcome of parliament’s vote means that before the October 31 deadline when Britain is due to exit the world’s largest trading bloc, the country faces a number of the possible outcomes that range from an orderly break, a chaotic divorce or even another referendum that could reverse the entire outcome.