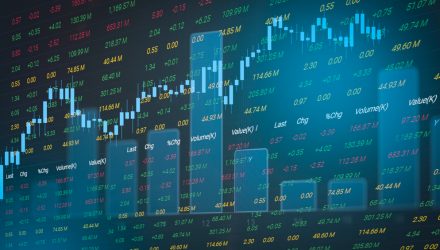 The markets, especially tech stocks, have recently sold off in the face of rising inflation expectations and a spike in Treasury yields. ThinkMarkets analyst Fawad Razaqzada warned that investors are now still looking for signs of inflation, and by extension changes in monetary policy.

“People will be expecting bond yields to edge higher,” Razaqzada told the Wall Street Journal. “The potential gains in U.S. stocks are going to limited from here.”

Meanwhile, Wednesday’s $38 billion 10-year Treasury note auction was met with modest demand and helped pushed the benchmark yield to a session low of 1.506%.

The “market seemed nonplussed and Treasuries rallied but that didn’t seem to give a boost to tech (stocks),” Mark Luschini, chief investment strategist at Janney Montgomery Scott, told Reuters.

Overall, investors are looking at the broad economic recovery as the vaccine rollout and stimulus package help support growth ahead. Consequently, many have turned to previously shunned areas of the market, like economically sensitive sectors and cyclical stocks.

“We have seen a genuine rotation from growth to value,” Altaf Kassam, head of investment strategy for State Street Global Advisors in Europe, told the WSJ. “The companies that were laggards before, like financials and energy, have ruled the roost lately.”