You are at:Home»Equity ETF Channel»U.S. Stock ETFs Wobble as Traders Wait on Earnings 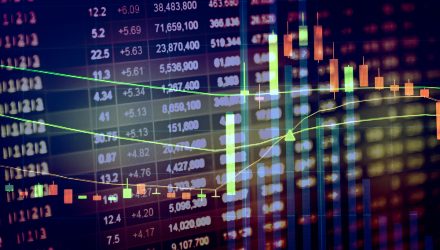 U.S. markets and stock exchange traded funds struggled to hold on to gains Tuesday, as investors waited for the official start to the earnings season and closely watched Capitol Hill.

Democrats have moved to impeach President Donald Trump for inciting the deadly Capitol riots last week. Trump has denied any wrongdoing, arguing that his public comments on the day of the attack were “totally appropriate,” Reuters reports.

The ongoing rancor “highlight the fact that there’s still a lot of issues in this country and we have a lot of progress to make before we can really go forward,” Michael O’Rourke, chief market strategist at JonesTrading, told Reuters. “It just gives investors some pause.”

“A lot of what we’ve seen today and we’ve seen this week is big tech under pressure because of the obvious sizable influence and power they have,” O’Rourke added, pointing to Facebook and Twitter’s ban on Trump from their platforms after the Capitol attacks. “It’s expected the members of Congress will take it seriously now.”

Investors are now waiting on the fourth-quarter earnings season to kick off in high gear when JPMorgan, Citigroup, and other big banks begin reporting on Friday.

S&P 500 company earnings are now projected to decline 9.5% year-over-year in the final quarter of 2020, a slight improvement from the prior estimates for a 9.8% decline, according to IBES data from Refinitiv.

However, investors may be more interested in what’s ahead, as earnings are expected to rebound in 2021 with a positive 16.4% projected for the first quarter.

“There is an expectation for an earnings recovery compared with last year, which is quite important,” Maria Municchi, multiasset portfolio manager at M&G Investments, told the Wall Street Journal. “The stimulus we have seen is certainly supportive to some of this earnings growth.”