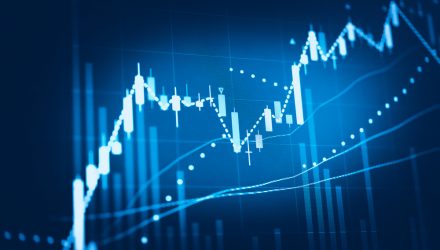 U.S. markets and stock exchange traded funds tapered off toward the end of Wednesday’s trading, after sharp gains from companies like Alphabet.

Meanwhile, Amazon shares slipped after Jeff Bezos announced his departure as chief executive. Analysts nevertheless remained upbeat on the promotion of the company’s cloud computing head to the CEO position.

“Earnings have been definitely quite a bit stronger than anyone expected, and they are led by the areas that we have so far seen strength in: the tech sector, the stay-at-home sector,” Matt Forester, chief investment officer of BNY Mellon’s Lockwood Advisors, told the Wall Street Journal. “We still have a lot to see, though, particularly in the sectors that have been so heavily impacted by Covid.”

Around 83% of S&P 500 companies reported have beat analysts’ earnings expectations, with 97% of results from technology companies beating estimates, according to IBES data from Refinitiv.

“The market really just needs to take a breather before resuming the uptrend … investors are getting a handle over what the stimulus is going to look like moving forward,” Thomas Hayes, managing member at Great Hill Capital LLC, told Reuters.

The markets have been strengthening on hopes of a more aggressive Covid-19 stimulus relief package. President Joe Biden will meet with congressional Democrats to lay out the groundwork for a $1.9 trillion stimulus package, despite resistance from Republicans.

“The last two days have seen the return of the feeling that we still have monetary stimulus in the background and the prospect of an additional stimulus package to come,” Seema Shah, chief strategist at Principal Global Advisors, told the WSJ. “The path ahead isn’t a smooth one, but we think it is an upward one.”